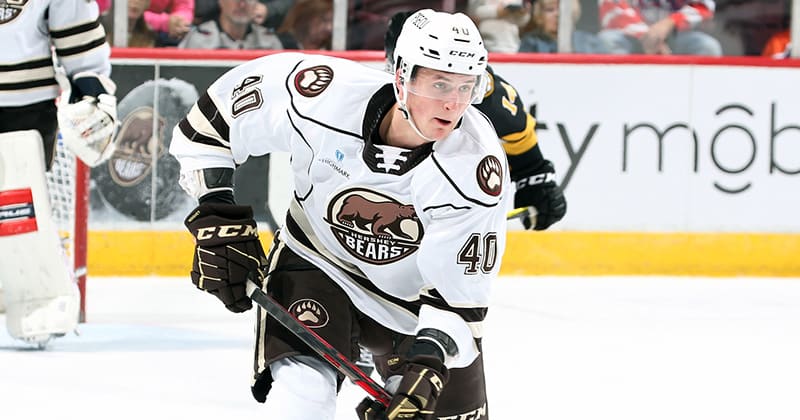 The Washington Capitals, the NHL affiliate of the Hershey Bears, announced today that forward Aliaksei Protas has been recalled from the Bears. The announcement was made by Washington's senior vice president and general manager Brian MacLellan.

With the Bears this season, Protas appeared in five games, striking for three assists. The native of Vitebsk, Belarus played in 42 games with the Bears in 2021-22, finishing with 24 points (8g, 16a), and earning Hershey's Rookie of the Year award.

Hershey continues the 2022-23 season, presented by Penn State Health, when the Chocolate and White journey to Canada as they visit the Laval Rocket on Friday, Jan. 20 at 7 p.m. at Place Bell. The Bears return home to GIANT Center for their annual GIANT Teddy Bear Toss when they host the Bridgeport Islanders on Sunday, Jan. 29 at 3 p.m. All fans are encouraged to bring new, stuffed teddy bears and items to the game to toss onto the ice as the Bears score their first goal. All items collected will be donated to local charities. Purchase tickets for the game by CLICKING HERE