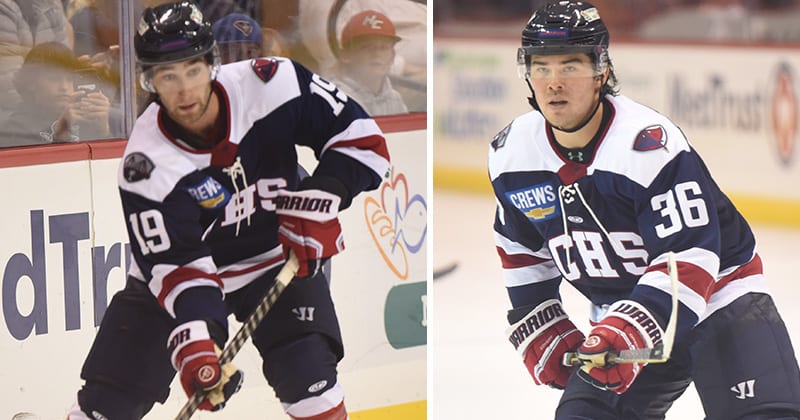 Kim, 27, has appeared in 12 games with South Carolina this season, tallying eight points (2g, 6a). He ranks second on the team in scoring among blue liners.

The 5'11", 195-pound defender has played in 49 career AHL games with Wilkes-Barre/Scranton and Springfield, posting 10 assists. He skated in 26 games last season with Springfield, striking for seven assists. In 135 career ECHL games, Kim has scored 60 points (8g, 52a).

O'Neil, 24, ranks second in scoring for South Carolina this season, notching 15 points (8g, 7a) in 12 games. The 5'11", 180-pound forward is in his rookie season with the Stingrays after finishing his NCAA career at the University of Connecticut. He struck for 16 points (6g, 10a) in 36 games after playing the previous three years at Yale University. Following the end of UConn's season, he signed with the Stingrays and posted 10 points (6g, 4a) in 10 games.

The Bears continue the 2022-23 season, presented by Penn State Health, as they visit the Springfield Thunderbirds tonight at the MassMutual Center. Puck drop is slated for 7:05 p.m., and the game may be heard on the Highmark Bears Radio Network and watched on AHLTV.