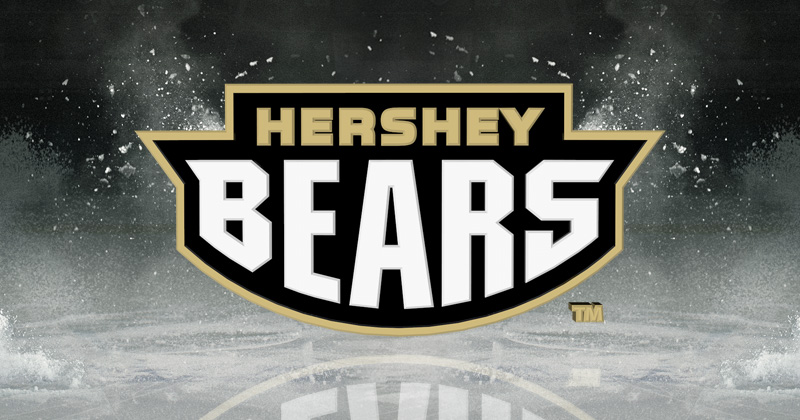 The Hershey Bears have announced the Opening Night Roster for the club’s 85th season in the American Hockey League. The Bears roster for the 2022-23 season, presented by Penn State Health, features 26 players, including 15 forwards, nine defenseman, and two goaltenders.

The Bears will drop the puck on the new season on home ice on Saturday, Oct. 15 at 7 p.m. against the Utica Comets. It will also mark the debut of new head coach Todd Nelson. After spending the past four seasons as an assistant coach with the NHL’s Dallas Stars, the three-time Calder Cup Champion was named the club's 28th head coach in franchise history this summer.

Additionally, forward Kody Clark, defenseman Alex Alexeyev, and goaltender Clay Stevenson have been assigned to the Bears by the Washington Capitals to continue their injury rehabilitation, but cannot be officially added to Hershey’s roster until they are healthy.

Among those named to Hershey’s Opening Night Roster are 16 players who suited up for the Bears last season, including the club's leading scorer Mike Vecchione, as well as fifth-year forward Mike Sgarbossa. Notable new additions to the roster include former AHL scoring champion Sam Anas, as well as the return of former AHL All-Star defenseman Aaron Ness, who previously played for the Bears from 2015-19. Top Capitals prospects on the roster include forward Hendrix Lapierre, a first round selection in 2020, and defenseman Vincent Iorio, a second round pick in 2021.

Tomorrow’s game is PNC Bank Magnet Schedule Night for the first 8,000 fans. The club will also host a Home Opener Red Carpet Event starting at 3:30 p.m. prior to the 7 p.m. puck drop. Single-game tickets are on sale now. Click HERE for more information.