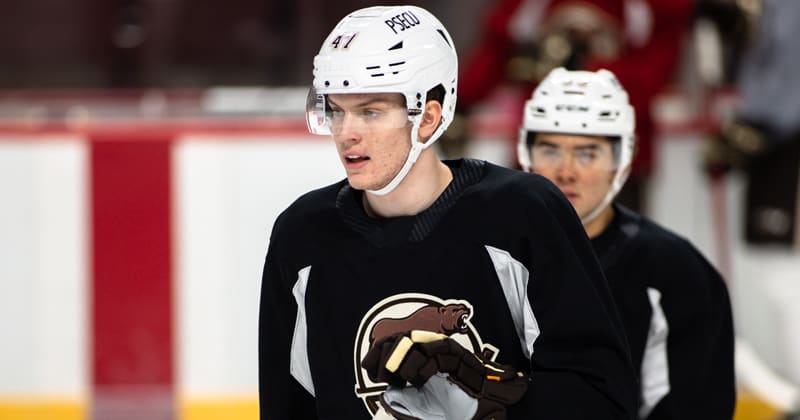 The Hershey Bears, the American Hockey League affiliate of the Washington Capitals, announced today that the club has signed defenseman Martin Has to an AHL contract for the 2022-23 season. The announcement was made by Hershey's vice president of hockey operations Bryan Helmer.

Has, 21, appeared in 57 games last season for the Shawinigan Cataractes of the Quebec Major Junior Hockey League, scoring 20 points (8g, 12a). He also collected an additional six points (2g, 4a) over 16 postseason appearances as Shawinigan claimed a QMJHL championship.

The native of Prague, Czech Republic also played 21 games in the Ontario Hockey League in 2019-20 with North Bay and Guelph, posting six assists. The 6'4", 207-pound defender was selected in the fifth round, 153rd overall, in the 2019 NHL Draft by Washington.

The Bears open the 2022-23 season, presented by Penn State Health, versus the Utica Comets at 7 p.m. on Saturday, Oct. 15 at GIANT Center featuring a PNC Bank Magnet Schedule giveaway for the first 8,000 fans, plus a pre-game Opening Night Red Carpet Event. Single game tickets are on sale now, and for a limited time, receive a FREE ticket for kids 12 and younger with the purchase of a regular admission ticket when you buy online. Click HERE for more.