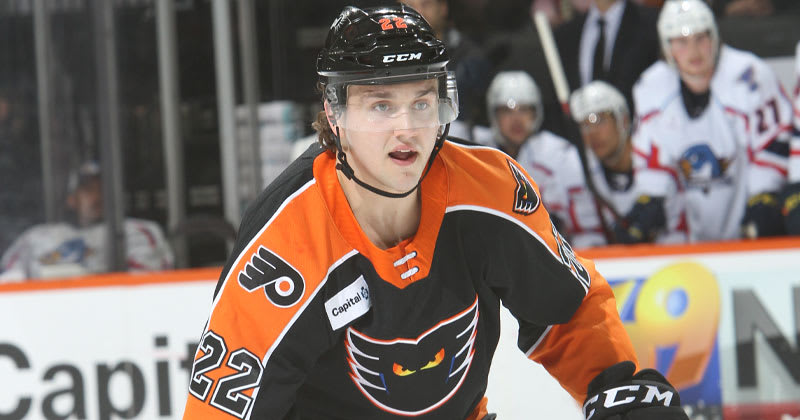 The Hershey Bears announced today the club has signed defenseman Logan Day to an American Hockey League contract for the 2022-23 season. The announcement was made by Hershey's vice president of hockey operations Bryan Helmer.

The native of Seminole, Florida has played in 217 career AHL games with Bakersfield and Lehigh Valley, compiling 85 points (22g, 63a). His best season came in 2018-19 with Bakersfield when he registered 34 points (7g, 27a) in 64 games, leading all Condors defenders in assists and points.

The 6'1", 210-pound blue liner played two seasons at Division-III Endicott College from 2016-18 after transfering from Providence College. He tallied 1.39 points per game at Endicott, scoring 78 points (30g, 48a) in 56 games played, earning First-Team All-Conference honors twice, and being named the conference's Player of the Year in 2017-18.


Day and the Bears open the 2022-23 season, presented by Penn State Health, versus the Utica Comets at 7 p.m. on Saturday, Oct. 15 at GIANT Center. Single game tickets go on sale on Thursday, Sept. 1 at 10 a.m. Fans may join the Season Ticket Holder community with plans starting at less than $12 per game. Choose your games and seats with Full and Partial plans available now. Click HERE for more.