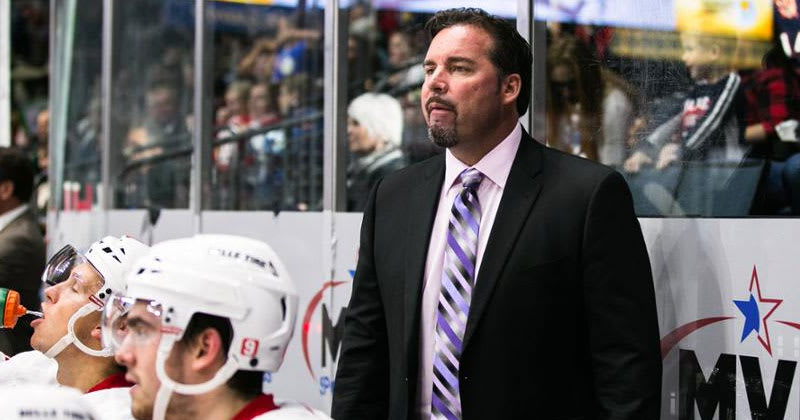 "We're excited to welcome Todd Nelson to Hershey as our head coach," said Helmer. "Todd has had an accomplished coaching career featuring multiple championships. He's a coach that is driven to win, and he has played a pivotal role in developing a long list of players who have advanced to the National Hockey League. Having played for Todd myself, I know how detailed he is, and he's truly a coach who gets the most out of his players. We’re fortunate to have Todd at the helm, and we’re excited about rounding out his staff with an experienced and decorated group of coaches.”

Nelson, 53, brings vast coaching experience and a championship pedigree to Hershey. The veteran bench boss has over two decades of experience in the United Hockey League, American Hockey League, and NHL. The native of Prince Albert, Saskatchewan spent the last four seasons as an assistant coach for the NHL's Dallas Stars, and returns to Hershey after skating in one season with the club during his playing career, donning the Chocolate and White during the 1995-96 campaign.

"I am extremely excited about working with the Hershey Bears and Washington Capitals," said Nelson. "Having played in Hershey, I'm aware of the organization's rich history, and I am thrilled to return to the club. Both the Bears and Capitals strive for excellence, and it's an honor to be part of these first-class organizations. I'm looking forward to dropping the puck on the season soon, and I can't wait to get started."

Nelson earned AHL All-Star Classic coaching nods in 2012 and 2017. With Grand Rapids, he helped 24 Griffins move on to the NHL, including current Washington Capitals Nick Jensen and Anthony Mantha.

Hershey's roster features several ties to Nelson. Defender Dylan McIlrath was part of the 2017 Grand Rapids championship team, and was coached by Nelson for two seasons with the Griffins. Forward Kale Kessy played two seasons for Nelson in Oklahoma City from 2013-15. Additionally, Helmer played for Nelson with the Barons for two seasons from 2011-12, serving as Nelson's captain with the club.

Over his 12-year playing career, Nelson skated in three NHL regular season games, including two for the Capitals, notching his lone NHL goal with Washington on Apr. 12, 1994 versus Winnipeg. He also appeared in four postseason games with the Capitals during the 1994 Stanley Cup Playoffs. With the Bears in 1995-96, Nelson logged the most productive season of his playing career, collecting 50 points (10g, 40a) in 70 games.

“Todd brings a wealth of coaching experience to Hershey and has shown throughout his career the ability to develop young players and help them transition to the NHL,” said MacLellan. “We are also pleased to welcome Nick, Juha, and Adam to Hershey. We feel they each possess the necessary experience and knowledge to help our young players in the organization.”

Nelson's coaching staff in Hershey will include the trio of new hires, as well as returning assistant coach Patrick Wellar and strength and conditioning coach Mike Wagner.

Bootland, 44, joins the Bears after spending the past 13 seasons as head coach and director of hockey operations for the ECHL's Kalamazoo Wings. He took over behind the K-Wings bench in 2008-09 when the club was a member of the International Hockey League, and continued with the organization in its shift to the ECHL. He owned a coaching record of 481-366-82 in 929 career IHL and ECHL games with Kalamazoo, helping the club qualify for the playoffs nine times. While at the helm, he guided the Wings to an appearance in the 2011 Kelly Cup Finals and in his tenure, the team won four division championships and one conference championship.

In his playing career, Bootland skated in parts of four seasons with the Bears from 1998-03. The forward appeared in 208 career games with the Chocolate and White, posting 42 points (15g, 27a) and 350 penalty minutes. The Shelburne, Ontario native spent the last three seasons of his career in Kalamazoo, serving as team captain. In 2006, he led the K-Wings to a UHL championship, capturing Colonial Cup Playoffs Most Valuable Player honors with 16 points (10g, 6a) in 13 playoff games.

With Nelson, Wellar, and Bootland, Hershey’s entire staff behind the bench on a game night are former Bears, marking the first time this has occurred since 1989-90 (Head coach Kevin McCarthy, assistant coach Al Hill).

Lehtola, 37, joins the Bears from his native Finland, where he worked with in the country's top league, Liiga, for HPK Hameenlinna as goaltending coach and video coach since 2016. He was part of HPK's 2018-19 club that won the league championship, and the former netminder was a product of HPK's junior program during his playing days.

The native of Hameenlinna, Finland was selected as the goaltending coach for Finland in the 2021 and 2022 World Junior Championships. From 2011-13, Lehtola worked alongside Washington Capitals goalie coach Scott Murray with the Ontario Hockey League's Sudbury Wolves. He served as Murray's assistant goaltending coach and also held the video coach title during the 2012-13 campaign.

Purner, 46, spent the past two seasons working as video coach for the New Jersey Devils’ AHL affiliate (Binghamton 2020-21, Utica 2021-22). The Glens Falls, New York native also has experience with USA Hockey, serving as the video coordinator for the Women’s National Team at the 2022 IIHF Women’s World Championship. Additionally, Purner was a goalie video analyst for the St. Louis Blues in 2020, and worked for the Western Hockey League’s Portland Winterhawks as hockey video coordinator from 2016-19, and held the title of video coach in 2019-20.

The new coaching staff will debut as the club opens its 85th season, presented by Penn State Health, versus the Utica Comets at 7 p.m. on Saturday, Oct. 15 at GIANT Center. Fans may join the Season Ticket Holder community with plans starting at less than $12 per game. Choose your games and seats with Full and Partial plans available now. Click HERE for more.