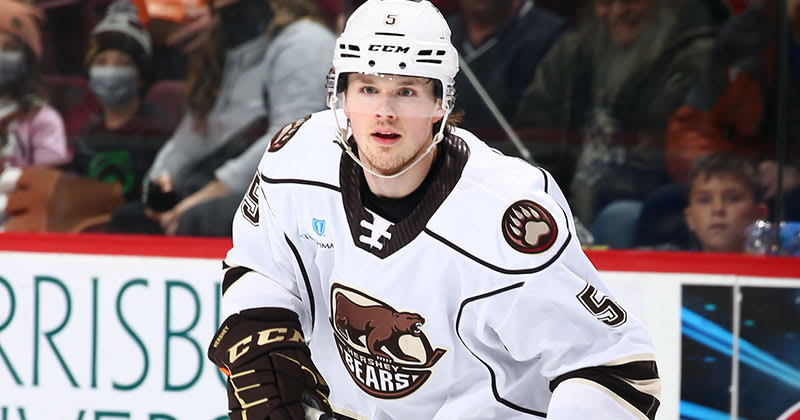 The Washington Capitals, the NHL affiliate of the Hershey Bears, have re-signed defenseman Lucas Johansen to a two-year, $1.525 million contract, senior vice president and general manager Brian MacLellan announced today. The first year of Johansen 's contract will be a two-way contract ($750,000/$125,000), while the second year will be a one-way contract ($775,000).

Johansen, 24, made his NHL debut and recorded his first career point on Dec. 31, 2021 against the Detroit Red Wings.

The 6’2”, 176-pound defenseman recorded 28 points (8g, 20a) in 62 games with the Bears during the 2021-22 season, establishing AHL career highs in goals, points and plus/minus (20). Johansen finished the season ranked first among Hershey defensemen in plus/minus and second in goals, assists and points. In addition, Johansen’s 62 games played marked his highest total since the 2017-18 season (74). Johansen appeared in all three of Hershey’s playoff games, recording one assist. In 195 career AHL career games with Hershey, Johansen has recorded 73 points (17g, 56a).

The Capitals selected Johansen with their first-round pick, 28th overall, in the 2016 NHL Draft.