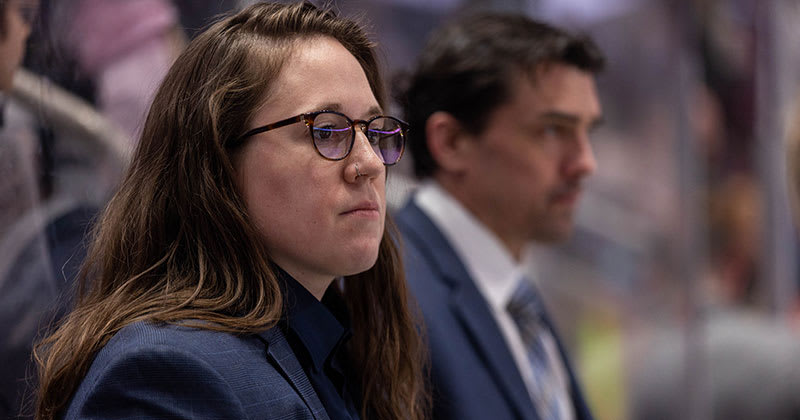 The Washington Capitals, the NHL affiliate of the Hershey Bears, announced today the promotion of Emily Engel-Natzke to NHL video coordinator. The announcement was made by Washington senior vice president and general manager Brian MacLellan.

"We are thrilled for Emily on her well-deserved promotion to the Capitals," said Hershey vice president of hockey operations Bryan Helmer. "In her two seasons with the Bears, Emily played an integral role among our coaching staff, and we have no doubt she will do an excellent job as she takes the next step to the NHL."

Engel-Natzke, 31, served as video coach with the Bears during the 2020-21 and 2021-22 seasons. She was responsible for producing opponent pre-scouts and coaching reports, as well as in-game and postgame video breakdowns.

"We are extremely pleased to name Emily as our new video coordinator," said MacLellan. "Emily's work ethic, skill set, and passion were displayed in her tenure with the Hershey Bears, and we feel she is ready and deserving of this opportunity. She will be a tremendous asset to our coaching staff."

The Fort Collins, Colorado native previously worked with the University of Wisconsin’s men’s and women’s hockey teams as video coordinator from 2015-2017 and as assistant director of operations/video coordinator with the men’s team from 2017-2020.

In addition, Engel-Natzke has worked with USA Hockey as a video coach for the U18 and Senior Women's National Teams. Engel-Natzke was part of the gold-medal winning staffs for the U18 team at the 2018 Women's World Championship in Dmitrov, Russia, and for the Senior Women’s team at the 2019 World Championship in Espoo, Finland.

In partnership with the Capitals, the Bears will begin a search for the club's new video coach immediately.