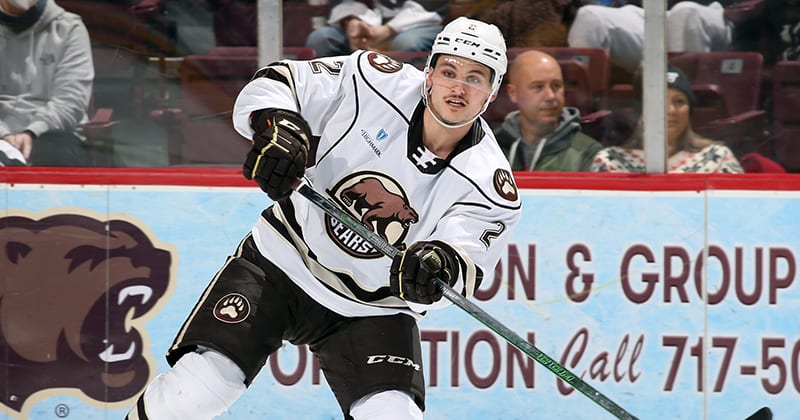 The Hershey Bears announced today that the club has signed defenseman Jake Massie to an American Hockey League contract for the 2022-23 season.

Massie, 25, re-signed with the Bears after appearing in 34 games with the club last season, registering three points (2g, 1a). He made his Hershey debut on Nov. 10, 2021 versus Lehigh Valley, and scored his first goal as a Bear on Feb. 27 versus Utica. He also added his first career AHL power play goal in the regular season finale on Apr. 24 versus Syracuse.

The 6'1", 200-pound blueliner has skated in 63 career AHL games with Springfield and Hershey, compiling eight points (5g, 3a). The Saint-Lazare, Quebec native also appeared in one game last season with Hershey's ECHL affiliate, the South Carolina Stingrays, notching a goal and an assist.