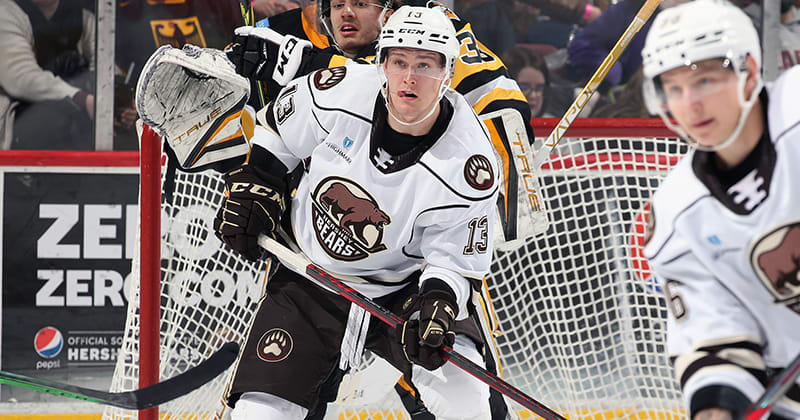 The Washington Capitals, the NHL affiliate of the Hershey Bears, announced today that the club has re-signed forward Beck Malenstyn to a two-year, $1.525 million contract. The first year of Malenstyn's contract will be a two-way contract ($750,000/$110,000), while the second year will be a one-way contract ($775,000). The announcement was made by Washington senior vice president and general manager Brian MacLellan.

Malenstyn, 24, skated in 65 games with the Chocolate and White last season, tying his career-best of 16 points (10g, 6a). Malenstyn scored a personal-best 10 goals, and finished the season ranked tied for third on Hershey in game-winning goals (3) and sixth in games played. He also skated in three Calder Cup Playoff games for the Bears, recording one goal. In 185 career games with Hershey, Malenstyn has scored 47 points (24g, 23a).

The Capitals selected Malenstyn with their fifth-round pick, 145th overall, in the 2016 NHL Draft.