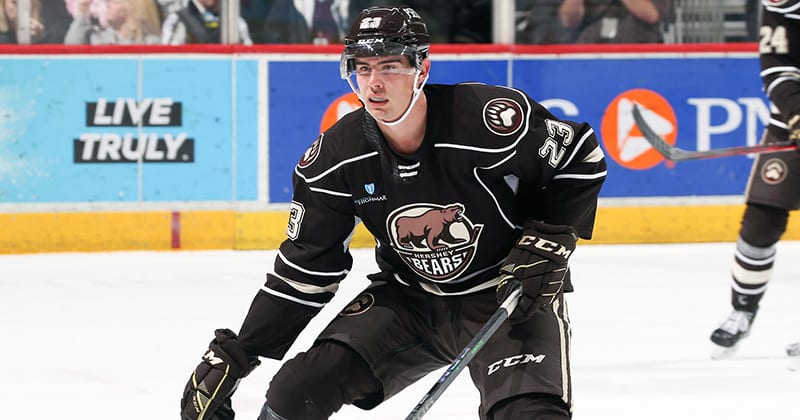 The Washington Capitals, the NHL affiliate of the Hershey Bears, announced today that the club has re-signed forward Brett Leason to a two-year, $1.55 million contract. Leason’s one-way contract will pay him $750,000 in 2022-23 and $800,000 in 2023-24. The announcement was made by Washington senior vice president and general manager Brian MacLellan.

Leason, 23, split time with the Bears and the Capitals last season. With Hershey, Leason posted 13 points (6g, 7a) in 31 games. He appeared in two of Hershey’s playoff games, scoring one goal, which tied the decisive Game 3 at Wilkes-Barre/Scranton in the closing minute of regulation. Over three seasons with Hershey, Leason has played 114 career games with the Bears, Leason notching 47 points (18g, 29a).

With Washington, Leason recorded six points (3g, 3a) in 36 games during the 2021-22 season. He made his NHL debut on Oct. 29, 2021 against the Arizona Coyotes and finished the season ranked third among Capitals rookies in games played. The 6’5”, 218-pound forward also made his Stanley Cup Playoffs debut on May 5 in Game 2 of the First Round at Florida.

The Capitals selected Leason with their second-round pick, 56th overall, in the 2019 NHL Draft.