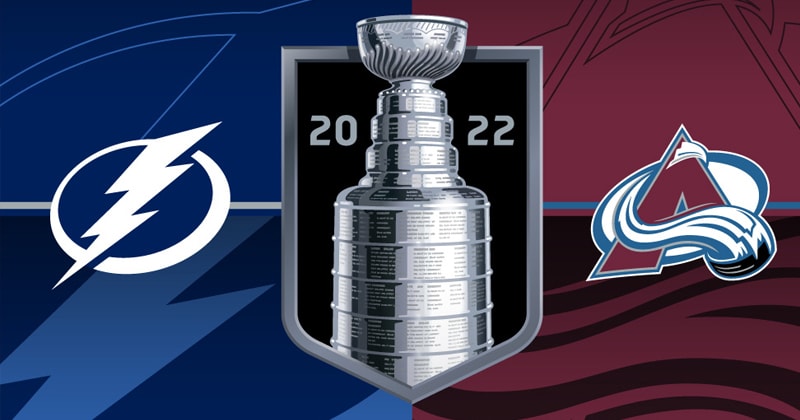 The Stanley Cup Final gets underway this week as the Tampa Bay Lightning look for a three-peat as they battle the Colorado Avalanche. Hershey’s ties to both organizations run deep, as the Bears served as the top-affiliate of the Avalanche from 1996-2005, and the club also had a partial affiliation agreement with the Lightning in 2003-2004.

The great Gordie Howe once said, “Everybody who is anybody in hockey has played in Hershey”, so it’s no surprise that the Bears are once again well represented in the Stanley Cup Final among the two clubs. Numerous former Bears are part of the Avs and Lightning organizations, and a list of those with ties to Hershey is below.

Andre Burakovsky, Forward
The forward didn’t play in Hershey long, appearing in 13 games during the 2014-15 campaign, scoring seven points (3g, 4a). He also added a goal in his lone playoff game that year before becoming an NHL regular with the Capitals. He helped Washington to a Stanley Cup title in 2018 before being traded to Colorado the next year.

Jayson Megna, Forward
Megna is a black ace for the Avalanche after spending most of the season with the AHL's Colorado Eagles. He appeared in 20 regular season games with the Avs, collecting three assists. Megna skated in Hershey in 2018-19, posting 43 points (20g, 23a), and he led the team in scoring the 2019 Calder Cup Playoffs with eight points (4g, 4a) in nine games.

Terry Martin, Pro Scout
The former forward skated with Hershey for parts of three seasons while in the Buffalo Sabres organization in the 1970’s. Martin played 35 games for Hershey from 1975-1978, scoring six goals and adding 11 helpers. He played 479 games in the NHL for the Sabres, Nordiques, Maple Leafs, Oilers, and North Stars.

Brian Willsie, Director of Player Development
Willsie joined the Bears in 1998 as a prospect of the club’s then NHL affiliate, the Colorado Avalanche. The winger played with Hershey from 1998-2001, then split time with the Bears and Avalanche in 2002-03. He returned as a member of the Capitals organization in 2010-11, registering the best season of his pro career, notching a 30-goal season, and finishing second on the team with 68 points. He played 333 career games for the Bears, scoring 254 points (116g, 138a).

Peter Budaj, Development Goalie Coach
A 2nd round selection of the Avalanche in 2001, Budaj joined the Bears the following season, and spent the first three years of his pro career with the Chocolate and White. His best season came in 2004-05 when he appeared in 59 games, earned 29 wins, and sported a 2.65 goals-against average. He went on to play 367 NHL games with the Avs, Canadiens, Kings, and Lightning.

Mathieu Darche, Dir. of Hockey Ops
Darche played one season for the Bears, skating with Hershey during the 2004-05 campaign. The winger led Hershey in goals with 29, and posted 54 points over 79 games with the Chocolate and White.

Jay Feaster, Senior Vice President of Legal and Business Affairs
Feaster quickly became Hershey’s GM and President during his successful tenure in the 1990's. He led the Bears to a 1997 Calder Cup title, and was named the AHL’s Executive of the Year. He joined the Lightning in 1998 and was promoted to GM in 2001-02, helping the Lightning to a Stanley Cup in 2004.

Dave Mishkin, Radio Broadcaster
The always animated Mishkin joined the Bears in 1994 after starting in the ECHL with the Johnstown Chiefs. Mishkin served as the Voice of the Bears until 2002, when he joined the Lightning. He called Hershey’s 1997 Calder Cup win, and has been behind the Lightning mic for Stanley Cup wins in 2004, 2020, and 2021.

Did we miss anyone? Send us a tweet @TheHersheyBears to let us know. Enjoy the Stanley Cup Final!