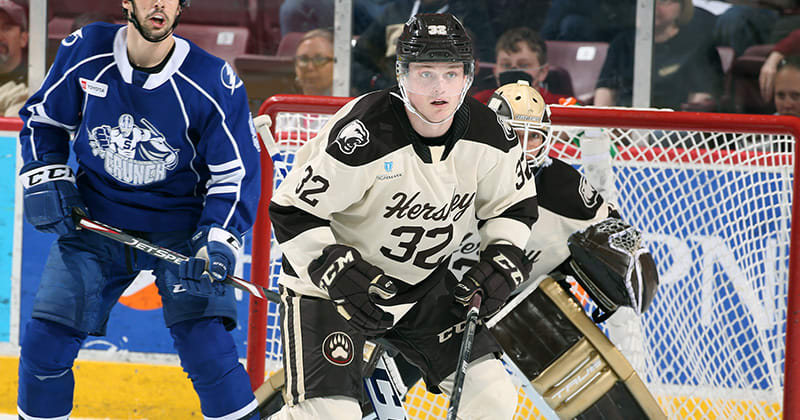 The Hershey Bears announced today that the club has signed forward Bear Hughes and defenseman Benton Maass to American Hockey League contracts for the 2022-23 season.

Hughes, 20, led the Western Hockey League's Spokane Chiefs in all scoring categories this season, posting a team best in goals (24), assists (43), and points (67). He was named Spokane's 35th captain in team history this past January, and earned U.S. Division Second All-Star Team honors.

Maass, 23, was selected by the Capitals in the 6th round of the 2017 NHL Draft. After four years at the University of New Hampshire, Maass transferred to Minnesota State University for the 2021-22 season, helping the Mavericks to the NCAA Tournament title game. The 6'3", 201-pound blue liner scored 14 points (3g, 11a) in 42 games for Minnesota State, and the native of Elk River, Minn. collected 51 points (13g, 38a) in 162 career NCAA games.

After signing a tryout with the Bears on Apr. 20, Maass made his professional debut with Hershey in the club's regular season finale on Apr. 24 versus Syracuse, recording two shots.