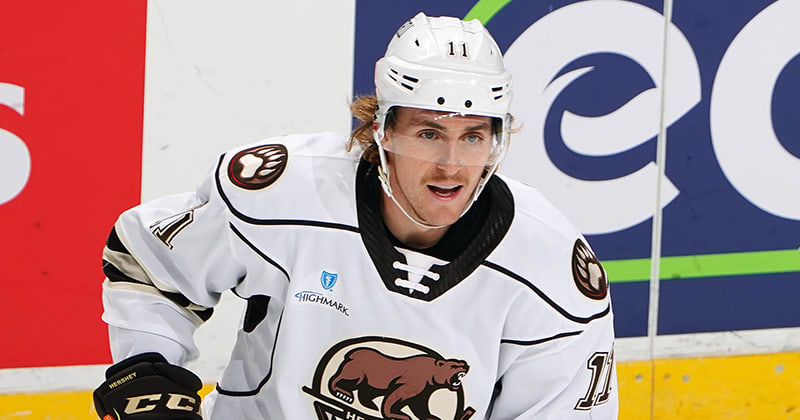 The Hershey Bears announced today that the club has re-signed forward Mason Morelli to an American Hockey League contract for the 2022-23 season.

Morelli, 26, enjoyed a breakout campaign with Hershey during the 2021-22 season, registering 33 points (12g, 21a) over 61 games to go along with 56 penalty minutes. The native of Minot, North Dakota won Hershey's Dan Sernoffsky Memorial Award as the club's Most Improved Player. He tallied two game-winning goals for the Chocolate and White this past season, with both goals being overtime winners. He also skated in three playoff games with Hershey, notching one helper.

Prior to turning pro, Morelli played four seasons at the University of Nebraska-Omaha. He had a breakout senior season in 2018-19, serving as captain of the Mavericks and scoring 34 points (19 goals, 15 assists) in just 36 games. He earned National Collegiate Hockey Conference Second Team honors that season. In 120 career NCAA games, Morelli notched 77 points (37 goals, 40 assists) to go along with 111 penalty minutes.