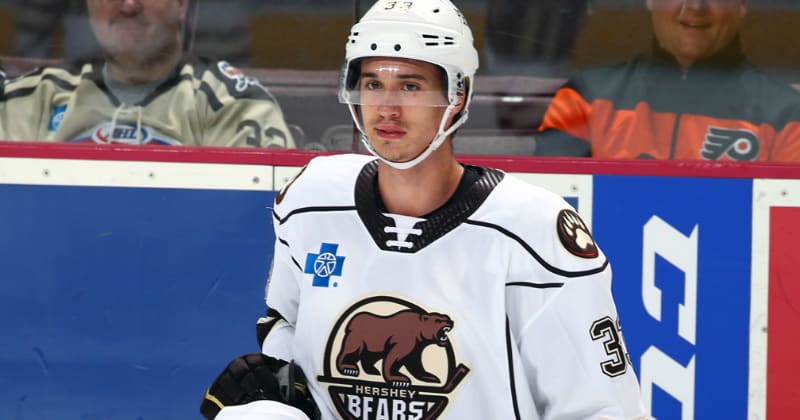 The 6’5”, 217-pound defenseman recorded 13 points (3g, 10a) in 68 games with the Bears this season. Geisser, 23, recorded AHL career highs in goals, assists and points in 2021-22 and ranked second among Hershey defensemen in plus/minus (8) and tied for second in games played (68). The Stans, Switzerland, native appeared in all three games of Hershey’s First Round Calder Cup Playoffs series, recording one assist.

Geisser spent the 2020-21 season on loan to EV Zug of the National League (Switzerland), where he recorded 22 points (5g, 17a) in 50 games. Geisser ranked third among the team’s defensemen in goals and points and tied for second in assists in 2020-21. Geisser also represented Switzerland at the 2021 IIHF World Championship, appearing in six games.

The Capitals selected Geisser with their fourth-round pick, 120th overall, in the 2017 NHL Draft.