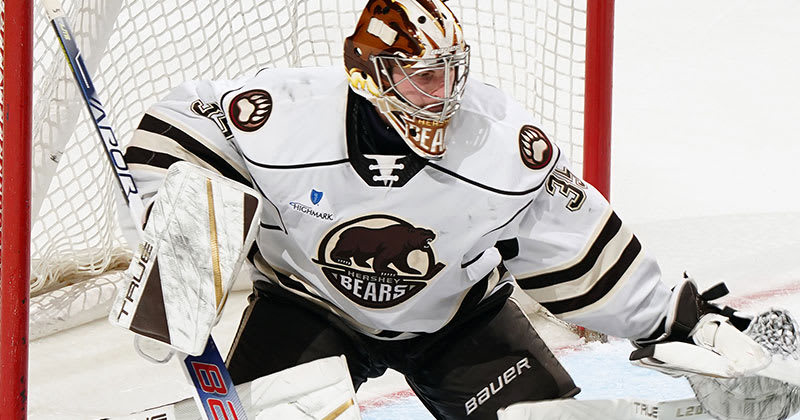 The Washington Capitals have recalled goaltender Hunter Shepard from the Hershey Bears of the American Hockey League (AHL), senior vice president and general manager Brian MacLellan announced today. Shepard, 26, has posted a record 5-3-0 with a 2.06 goals-against average and a .922 save percentage in nine games with Hershey this season.

Additionally, the 6’0”, 215-pound goaltender has appeared in 23 games for the South Carolina Stingrays in the ECHL, posting a record of 12-9-2 with a 2.88 goals-against average and a .917 save percentage.

Additionally, the Capitals have re-assigned goaltender Zach Fucale to the Hershey Bears.

Fucale, 26, posted a record of 1-1-1 with one shutout, a 1.75 goals-against average and a .924 save percentage in four games for the Capitals this season. The 6’2”, 189-pound goaltender became the first goaltender in franchise history to record a shutout in his NHL debut when he stopped all 21 shots against the Detroit Red Wings on Nov. 11 at Little Caesars Arena.