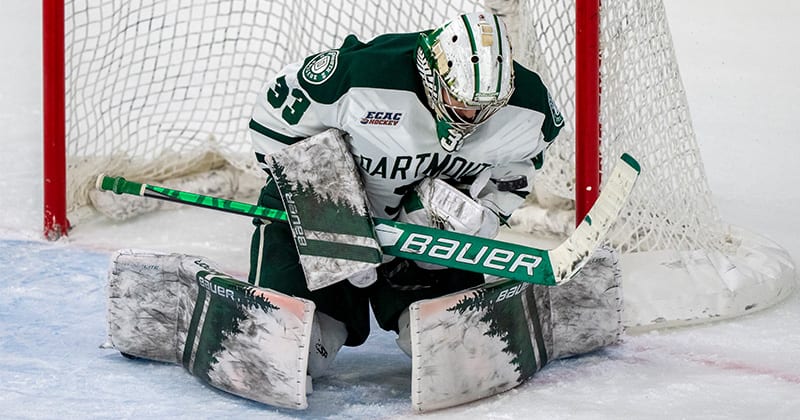 The Hershey Bears announced today that the club has signed goaltender Clay Stevenson to an amateur tryout agreement (ATO).

Stevenson, 23, recently signed a two-year entry-level contract with the NHL's Washington Capitals that begins in the 2022-23 season.

The 6'4", 195-pound goaltender recorded a record of 6-14-2, with two shutouts, a 2.70 goals-against average, and a .922 save percentage in his sophomore season at Dartmouth College. The Chilliwack, British Columbia, native was named to the ECAC (Eastern College Athletic Conference) All-Rookie Team and the ECAC Third All-Star Team. He notched a save percentage above .900 in all 23 games this season, and his .922 save percentage was tied for second in the ECAC.

Stevenson did not play for Dartmouth during his freshman season due to the COVID-19 pandemic. Prior to joining the NCAA ranks, Stevenson played in three seasons with the Coquitlam Express in the British Columbia Hockey League (BCHL). In 2019-20, Stevenson went 30-2-2 record with four shutouts, a 1.77 goals-against average, and a .936 save percentage. His strong play led the team to the Ron Boileau Memorial Trophy, awarded to the BCHL’s regular season champion. Stevenson was named a BCHL First Team All-Star, and was honored as the BCHL’s Top Goaltender.

Stevenson will wear #43 for Hershey.

The Hershey Bears return to action on Friday, Apr. 8 to kickoff three games in three nights. Hershey will conclude their six-game road swing with a 7:05 p.m. puck drop against the Lehigh Valley Phantoms. The game may be heard on the Highmark Bears Radio Network and viewed on AHLTV.