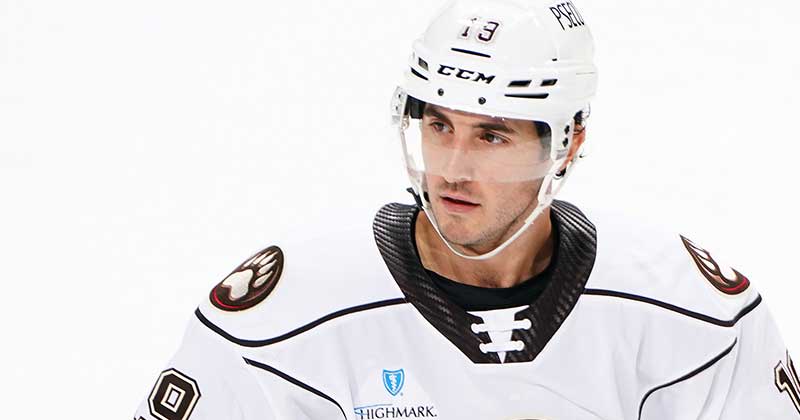 The Washington Capitals, the NHL affiliate of the Hershey Bears, announced today that forward Mike Vecchione has been recalled from Hershey.

The native of Saugus, Mass. was signed as a free agent by Washington on Aug. 5, 2021. He has appeared in two NHL games with Philadelphia, and over his five professional seasons, the former Union College standout has scored 160 points (72g, 88a) in 254 career AHL games with Lehigh Valley, San Antonio, Colorado, and Hershey.

The Bears return to action on Thursday in Toronto. Puck drop is slated for 1:30 p.m. at the Coca-Cola Coliseum. The game may be viewed on AHLTV and heard on the Highmark Bears Radio Network.