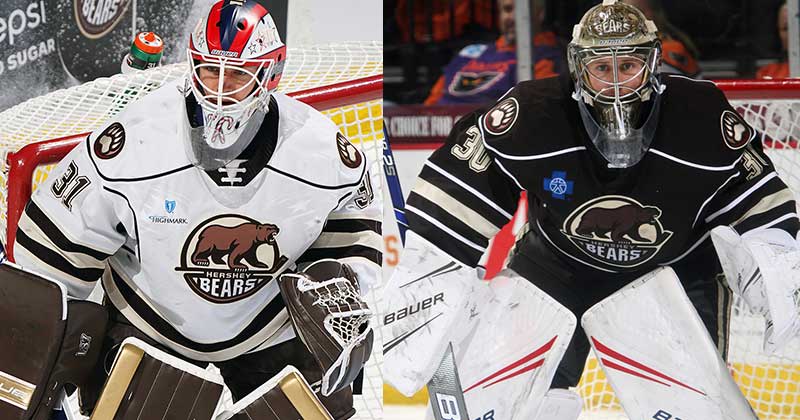 Vanecek Assigned to Hershey on Conditioning, Copley Returns to Bears

Vanecek, 26, is 10-6-5 in 24 games for the Capitals this season, posting a 2.39 goals-against average and a .915 save percentage to go along with two shutouts. He has not played since Feb. 1 when he sustained an upper-body injury at Pittsburgh.

Vanecek will wear #43 for the Bears during his conditioning assignment.

Copley, 30, has played 22 games with the Bears this season, going 13-7-2 with two shutouts, a 2.43 goals-against average and a .909 save percentage. He made 21 saves in his Washington season debut on Feb. 2 against the Edmonton Oilers and has appeared in two games for the Capitals this season. In 31 career NHL games, the North Pole, Alaska native is 16-9-3 with one shutout, a 2.98 goals-against average and a .900 save percentage.

During the 2020-21 season, Copley led Hershey goaltenders in wins (10), shutouts (2) and games played (15) and ranked seventh in wins and eighth in goals-against average (2.66) in the AHL. Copley and Zach Fucale received the AHL’s Harry “Hap” Holmes Memorial Award in 2020-21, presented to the goaltenders on the team which allows the fewest goals per game in the regular season.

The Bears host the Utica Comets this evening at 5 p.m. It's AmeriChoice FCU Cowbell Night for the first 4,000 fans. Tickets are available at HersheyBears.com.