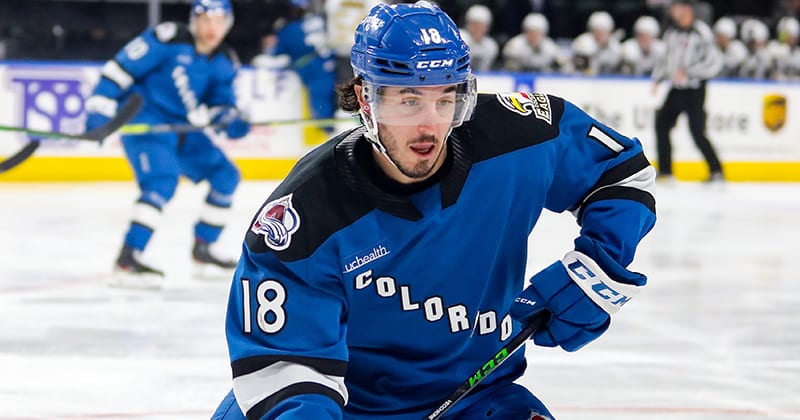 The Washington Capitals, the National Hockey League affiliate of the Hershey Bears, announced today that they have signed forward Michael Vecchione to a one-year, two-way contract ($750,000/$195,000). The announcement was made by Washington's senior vice president and general manager Brian MacLellan.

Vecchione, 28, recorded 10 points (7g, 3a) in 18 games with the Colorado Eagles last season, tying for the third-most goals on the team. As a member of the San Antonio Rampage in 2019-20, Vecchione led the club in goals, potting a career-best 21 tallies. His six power play goals that season ranked second on the team.

The Saugus, Mass., native originally signed with the Philadelphia Flyers on March 31, 2017 following four seasons at Union College (NCAA), where he recorded 176 points (71g, 105a) in 149 career games, additionally serving as team captain for his junior and senior seasons. He won an NCAA National Championship in 2014, and during his senior season in 2016-17, Vecchione led the nation in scoring with 63 points (29g, 34a), was a Hobey Baker Award finalist, and earned First Team All-American Honors.

Vecchione has appeared in two career NHL games, both with the Flyers in the 2016-17 season.

In 211 career AHL games between Lehigh Valley, the San Antonio Rampage and Colorado, Vecchione has recorded 124 points (60g, 64a).