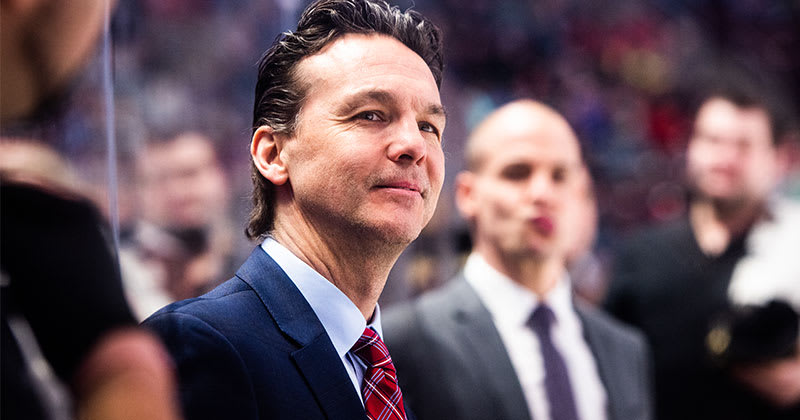 The Hershey Bears announced today that Scott Allen has been named the 27th head coach in franchise history. Additionally, the club has announced that Steve Bergin has been hired as an assistant coach. The announcements were made by Hershey Bears vice president of hockey operations Bryan Helmer and Washington Capitals senior vice president and general manager Brian MacLellan.

Fans are invited to join a virtual Introductory Media Event to meet the new coaches on Friday, Aug. 6 at Noon. The event will be streamed live on the Hershey Bears Facebook and Twitter pages, as well as the team's YouTube page.

"We are thrilled to promote Scott Allen to head coach of the Hershey Bears," said Helmer. "He's done a great job over the past two years in Hershey, and his familiarity with our organization will make this a seamless transition. Scott is well-respected and has a long resume of invaluable experience, bringing a tireless work ethic to everything he does. His desire to develop our players in a winning culture makes him a perfect fit for our historic franchise. We're also excited to welcome Steve Bergin to our coaching staff. He comes highly regarded by our ECHL affiliate in South Carolina and is an award-winning coach that will help lead us to further success."

Allen, 55, brings 25 years coaching experience to Hershey. In his accomplished career, Allen has been behind the bench for over 1,800 games at the NHL, AHL, and ECHL levels. He joined Hershey's staff as an assistant coach in 2019, working under Spencer Carbery and helping the Bears to the Macgregor Kilpatrick Trophy as the American Hockey League's regular season champions in 2020-21.

Allen's NHL experience includes a stint with the New York Islanders where he served as an assistant coach from 2009-12, coaching current Hershey captain Matt Moulson. Allen also worked as an assistant coach with the Florida Panthers in 2016-17 before joining the Arizona Coyotes in 2017 to oversee the team's defense and penalty kill units. Under Allen's watch, the Coyotes were tied for the top penalty kill unit in the NHL in 2018-19 at 85%, and the team tied for fifth in the NHL in goals against.

Allen started his coaching career in Pennsylvania, joining the ECHL's Johnstown Chiefs as an assistant coach in 1996-97. He took over head coaching duties later in 1997, and served as the Chiefs bench boss until 2002. A former forward, Allen played professionally before moving behind the bench, including claiming back-to-back ECHL titles with Carolina in 1989 and Greensboro in 1990.

“We are pleased to promote Scott and name him as the next head coach of the Bears,” said MacLellan. “Scott brings many years of coaching experience, and in addition to his familiarity with our organization, we are confident our prospects will continue to grow and head in the right direction under his guidance.”

Bergin, 33, rejoins the organization after previously working for Hershey's ECHL affiliate, the South Carolina Stingrays. He served as an assistant coach with the Stingrays from 2016-19 before taking over as the ninth head coach in team history prior to the 2019-20 season. That year, he guided the Stingrays to the ECHL’s best regular season record of 44-14-4, winning the John Brophy Award as ECHL Coach of the Year. During that season, the Stingrays were the best defensive club in the ECHL, allowing a league-low 2.37 goals per game. As an assistant coach, Bergin also took part in three additional playoff appearances as well as a run to the Kelly Cup Finals in 2017. Bergin also helped oversee the best defensive team in the history of the ECHL in 2017-18 which broke records for least goals allowed (153), lowest team goals-against average (2.13), and fewest power play goals allowed (27).

The native of Groton, Mass. served as an assistant coach for Sacred Heart University during the 2020-21 campaign. The former defenseman played at the University of Connecticut from 2007-11, and played parts of five seasons in the Southern Professional Hockey League, winning the President's Cup three times with the Pensacola Ice Flyers.