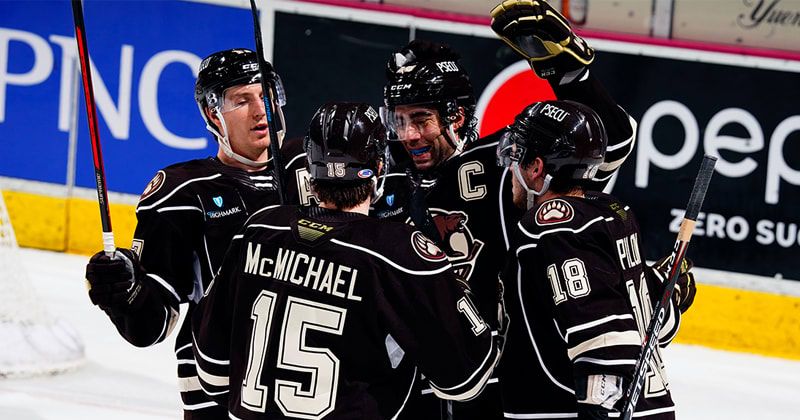 The Hershey Bears announced today that the club has re-signed forward Matt Moulson to a one-year, American Hockey League contract for the 2021-22 season.

Moulson, 37, returns for his third season with the Chocolate and White. The veteran of over 1,000 professional games was named Hershey's 44th captain in franchise history prior to the 2020-21 campaign after serving as an alternate captain the year prior. The native of North York, Ontario appeared in all 33 games for Hershey last season, finishing second on the team in goals (12) and points (24). His six power play goals tied for the team lead, and he appeared in his 400th AHL game on May 16. Moulson led the Bears to a North Division title, and Hershey won the Macgregor Kilpatrick Trophy as the AHL's regular season champion.

The 6-foot-1, 203-pound forward led the Bears in goals (22) and power play goals (11) during the 2019-20 campaign, playing in all 62 games before the season was cancelled. He scored twice in his 1,000th professional game on Jan. 24, 2020 at Springfield, and served as captain of the Eastern Conference at the 2020 AHL All-Star Classic in Ontario, California, leading the Atlantic Division to the All-Star Challenge title.

In total, Moulson has played in 400 AHL games for Manchester, Ontario, and Hershey, scoring 333 points (154g, 179a). In the National Hockey League, Moulson has played 650 games with Los Angeles, the New York Islanders, Buffalo, and Minnesota. Moulson scored 30 or more goals in three consecutive seasons with the Islanders in 2009-12, and in his NHL career, collected 369 points (173g, 193a). He was a finalist for the Lady Byng Memorial Trophy in 2013 and served as an alternate captain for the Buffalo Sabres during the 2014-15 season.