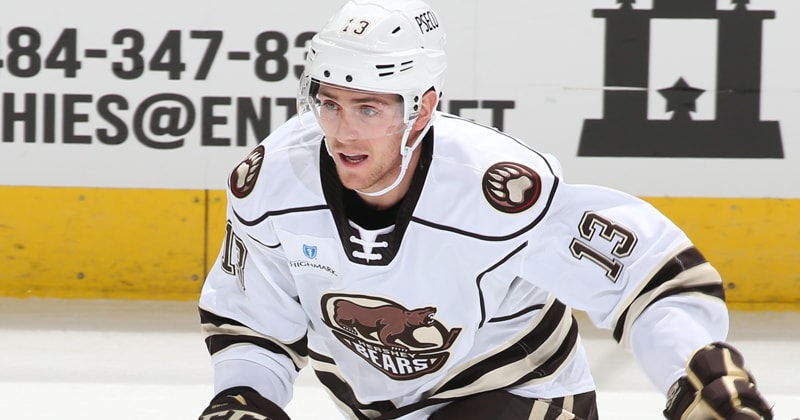 The Hershey Bears announced today that the club has re-signed forward Mason Morelli to a one-year, American Hockey League contract for the 2021-22 season.

Morelli, 25, skated in 15 games with Hershey during the 2020-21 campaign, talling five assists and 21 penalty minutes. He made his Hershey debut on Feb. 17 at Binghamton, and tallied assists in back-to-back games on Feb. 26-27. He also skated in 11 games with Hershey's ECHL affiliate, the South Carolina Stingrays, tallying nine points (4g, 5a).

The Minot, North Dakota native has appeared in 55 career AHL games with Hershey and Stockton, scoring 17 points (7g, 10a) over parts of the past three seasons. Prior to turning pro, Morelli played four seasons at the University of Nebraska-Omaha. He had a breakout senior season in 2018-19, serving as captain of the Mavericks and scoring 34 points (19 goals, 15 assists) in just 36 games. He earned National Collegiate Hockey Conference Second Team honors that season. In 120 career NCAA games, Morelli notched 77 points (37 goals, 40 assists) to go along with 111 penalty minutes.