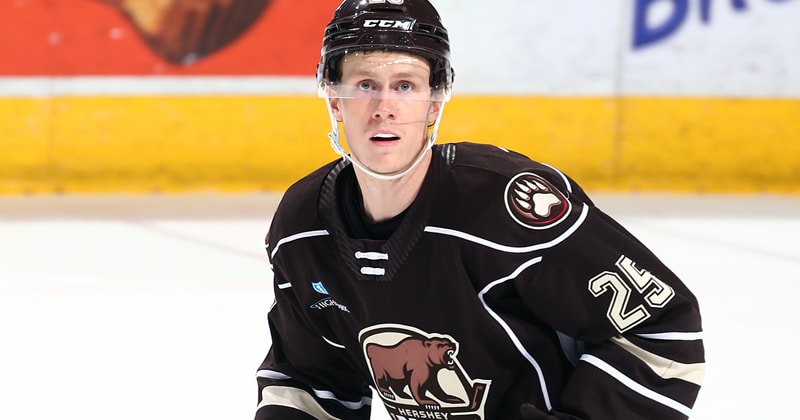 The Hershey Bears announced today that the club has re-signed forward Will Graber to a one-year, American Hockey League contract for the 2021-22 season.

Graber, 25, appeared in 20 games with Hershey during his rookie campaign in 2020-21, tallying four points (1g, 3a) and a plus/minus of +5. He made his American Hockey League debut on Feb. 17 at Binghamton and scored his first professional goal on Feb. 24 at Wilkes-Barre/Scranton. The 6'5", 190-pound Graber played both forward and defense for the Bears last season, but the former Dartmouth standout is expected to move to forward full-time during the upcoming campaign.

The Colorado native also played in 11 games with Hershey's ECHL affiliate, the South Carolina Stingrays, recording one assist. Prior to turning pro, Graber had 97 points (35 goals, 65 assists) in 123 games at Dartmouth College. He was selected to the 2017-18 All-Ivy League Second Team after a 26-point campaign that year. He collected 25 or more points for the Big Green in three consecutive seasons.