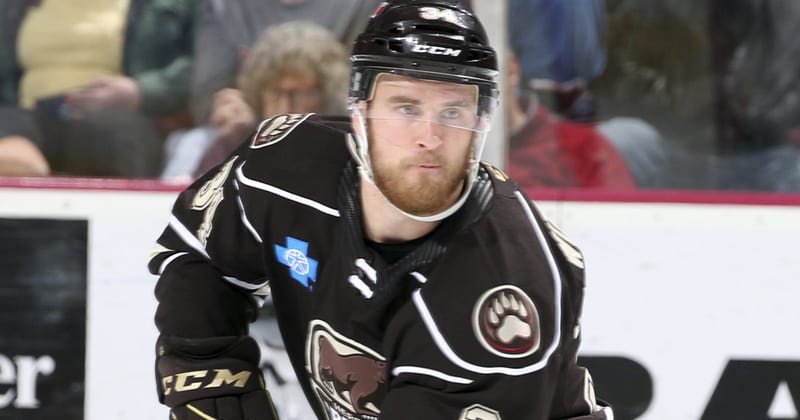 The Hershey Bears announced today that the club has re-signed defenseman Eddie Wittchow to a one-year, American Hockey League contract.

Wittchow, 28, appeared in 19 games with Hershey during the 2020-21 campaign, registering four points (1g, 3a) and collecting 62 penalty minutes. The native of Burnsville, Minn. joined the Bears ahead of the 2019-20 campaign, appearing in 22 games for the Chocolate and White that season, registering nine points (5g, 4a).