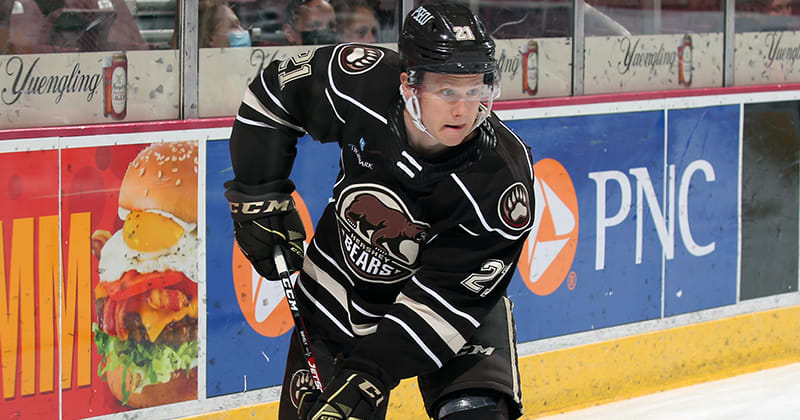 Prior to joining Hershey, Snively recorded 36 points (15g, 21a) in 33 games with Yale University in the 2018-19 season and set a collegiate career high with five power play goals. Snively led Yale in points in all four years of his attendance and recorded 139 points (58g, 81a) in 129 career NCAA games. Snively was named as a Hobey Baker Award nominee in the 2018-19 season. In 2017-18, following a 36 point season (19g, 17a), Snively was named to the NCAA All-Ivy League First Team and the NCAA (New England) All-Stars. Additionally, during his freshman year in 2015-16, Snively was named the NCAA Ivy-League Rookie of the Year, to the NCAA (ECAC) All-Rookie Team and was a NCAA All-Ivy League Team honorable mention following a 28 point (10g, 18a) season.

Snively trained at MedStar Capitals Iceplex during his youth and was a participant in Washington’s Little Caps program.

The Capitals signed Snively as a college free agent on March 18, 2019.