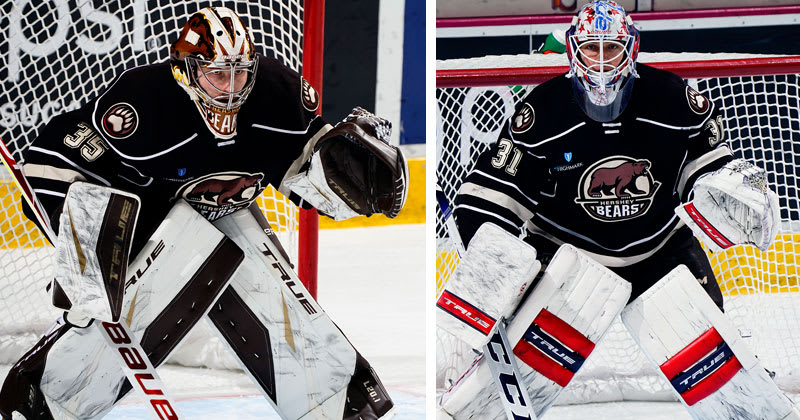 The American Hockey League announced today that Pheonix Copley and Zach Fucale of the Hershey Bears are the recipients of the Harry “Hap” Holmes Memorial Award for the 2020-21 season. Since 1972, the award has been presented to the goaltender(s) on the team which allows the fewest goals per game in the regular season. This honor marks the first time the Bears have won the award since 1997 (J.F. Labbe) and only the fourth time in franchise history.

Fucale made 11 appearances for the Bears and went 9-2-0 while leading the AHL with a 1.80 goals-against average and ranking second with a .932 save percentage. A native of Laval, Quebec, Fucale has played 80 games in the AHL over six professional seasons with Hershey, Syracuse, Chicago, Laval and St. John’s, going 37-34-4 with a 2.90 GAA, a .904 save percentage and three shutouts.

To qualify for the award in 2020-21, a goaltender must have appeared in at least one-third of his team’s games.