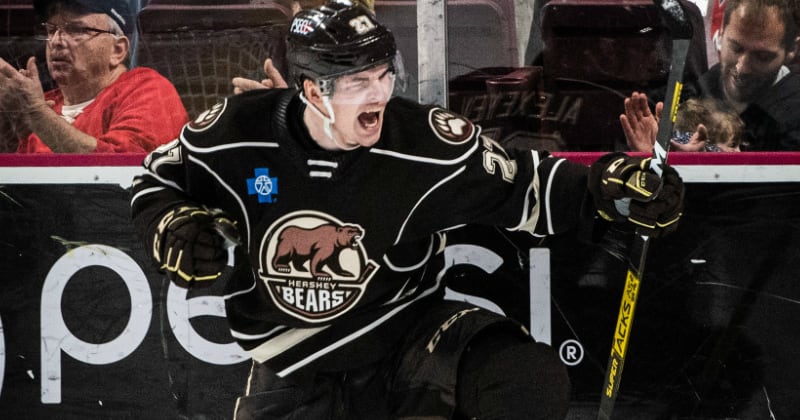 The Washington Capitals announced today that they have re-assigned defenseman Alex Alexeyev from Salavat Yulaev Ufa (KHL) to the Hershey Bears. The announcement was made by Washington senior vice president and general manager Brian MacLellan. Alexeyev is expected to join the Bears soon after he travels to Hershey and undergoes a mandatory quarantine period.

Alexeyev, 21, played in 55 games with Salavat Yulaev Ufa this season, registering 16 points (8g, 8a). He ranked second among defenders on the club in scoring, and overall, he was ninth on the team in points. He also appeared in nine playoff games with the club, tallying one assist.

The 6'4", 210-pound defender played 58 games with Hershey during his rookie professional campaign in 2019-20, collecting 21 points (3g, 18a) in 58 games. Alexeyev ranked third among Hershey defensemen and 12th among all AHL rookie defensemen in points. Additionally, his 18 points at even strength tied for sixth among all AHL rookie defensemen. The St. Petersburg, Russia, native led Hershey defensemen in games played and ranked third in plus/minus (8).

The Capitals selected Alexeyev with their first-round pick, 31st overall, in the 2018 NHL Draft.