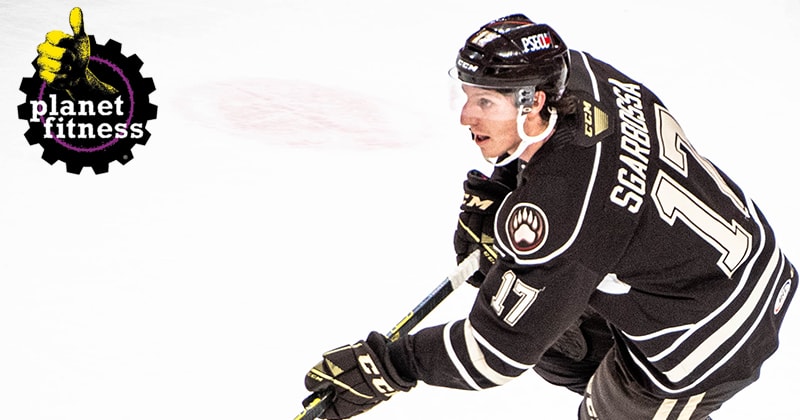 The Hershey Bears announced today the club's roster for its 2021 Training Camp presented by Planet Fitness, which is set to open on Saturday, Jan. 23 at GIANT Center.

Training Camp, and all practices during the 2020-21 season, will be CLOSED to the public. Media will be contacted via email regarding virtual Zoom media availabilities with players and coaches which are set to begin next week.

The roster for the team's 2021 Training Camp presented by Planet Fitness is as follows:
*Indicates player on a tryout

Hershey's roster features four of the club's top-5 scorers from the 2019-20 season. Forward Philippe Maillet returns after leading Hershey last season with 44 points, while veteran Matt Moulson is back for his second year with the Chocolate and White after collecting a team-best 22 goals last year. A total of 13 of the forwards on Hershey's Training Camp roster saw time with the Bears last season.

On the backend, returners include 2016 Washington 1st rounder Lucas Johansen, as well as Eddie Wittchow. Veteran Cameron Schilling rejoins the organization after previously playing for the Bears from 2012-15. Newcomer Paul LaDue posted 27 points in 48 games for the Ontario Reign last season, and is a former NCAA champion with 122 games of AHL and 69 games of NHL experience.

In net, Hershey will open camp with four goaltenders on tryout agreements. Alex Dubeau joins the Bears from the club's ECHL affiliate, the South Carolina Stingrays, where he went 4-0-2 in six appearances. Charles Williams has appeared in six career AHL games with Hartford and Ontario and brings 121 games of ECHL experience to Hershey's camp. Local products Padraig Carey, who dressed as a backup goaltender for Hershey in 2018, and former Lebanon Valley College goaltender Joel Eisenhower round out the roster.

Head coach Spencer Carbery returns for a third season behind the bench for the Chocolate and White. His club will open the 2020-21 season, presented by Penn State Health, on Friday, Feb. 5 versus Binghamton (at Newark, New Jersey) at 7 p.m.