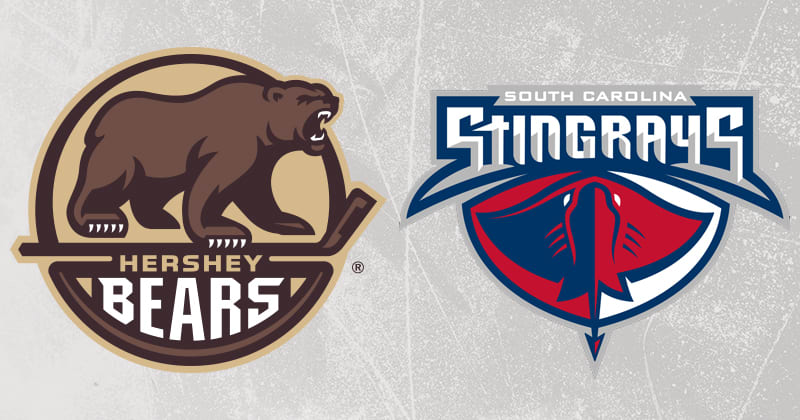 The Hershey Bears have announced today the assignment of six players to the club's ECHL affiliate, the South Carolina Stingrays.

All six players were signed by the Bears to American Hockey League contracts this past summer. Graber (Dartmouth), Nanne (Minnesota), and Shepard (Minnesota Duluth) will all start their professional careers with the Stingrays. Shepard, 25, joined the organization after leading Minnesota Duluth to back-to-back NCAA National Championships in 2018 and 2019, and the netminder started an NCAA-record 115 straight games from Oct. 21, 2017 to Mar. 7, 2020.

Herbert, 29, is the most experienced of the group, spending time previously in the organization from 2014-16. He has played 113 AHL games and 168 ECHL games in his career, including 45 with the Bears and 57 with South Carolina. He also played 46 playoff games in his previous stint with the Stingrays, helping the team to the 2015 Kelly Cup Finals.

The Stingrays open the 2020-21 ECHL season on Friday, Dec. 11 as they host the Greenville Swamp Rabbits at the North Charleston Coliseum. South Carolina is led by first year head coach Ryan Blair, and the club also features former Bears Andrew Cherniwchan and Dylan Steman on its training camp roster.