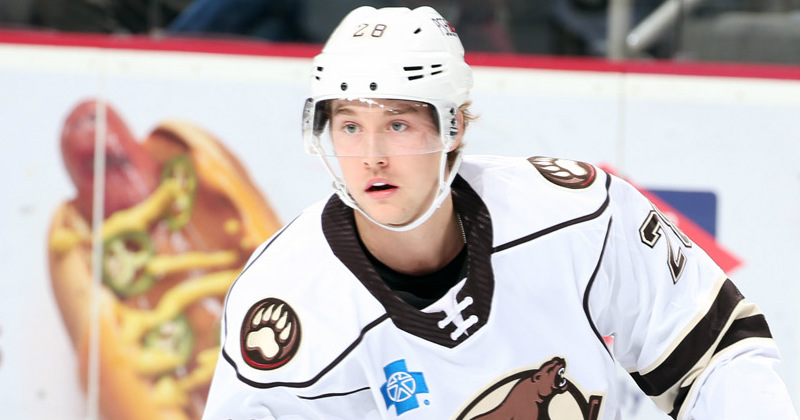 Pinho, 25, tallied 37 points (20 goals, 17 assists) while appearing in all 62 contests for the Hershey Bears in 2019-20. Pinho was one of only two 20-goal scorers on the team, trailing Matt Moulson (22) for the team lead in tallies. Pinho led Hershey with three shorthanded goals, and finished tied for the team lead with four game-winning goals. Seventeen of Pinho’s 20 goals came at even strength, which tied for 11th in the AHL. He earned Hershey's Dan Sernoffsky Memorial Award as the club's most improved player, upping his point total from 12 in his rookie campaign in 2018-19.

In 135 career games with Hershey, Pinho has 49 points (24 goals, 25 assists). His biggest goal as a Bear came during the 2019 Calder Cup Playoffs. Pinho scored the series-winning goal in overtime in Hershey's Game 5 opening round victory at Bridgeport.

The former Providence College star made his NHL and Stanley Cup Playoff debut for the Capitals in Game 3 of the First Round against the New York Islanders on Aug. 16, becoming the fifth player in franchise history to make his debut in the playoffs (Tom Wilson, 2013; Trent Whitfield, 2000; Grant Jennings, 1988; Chris Felix, 1988). He appeared in two postseason contests for Washington.