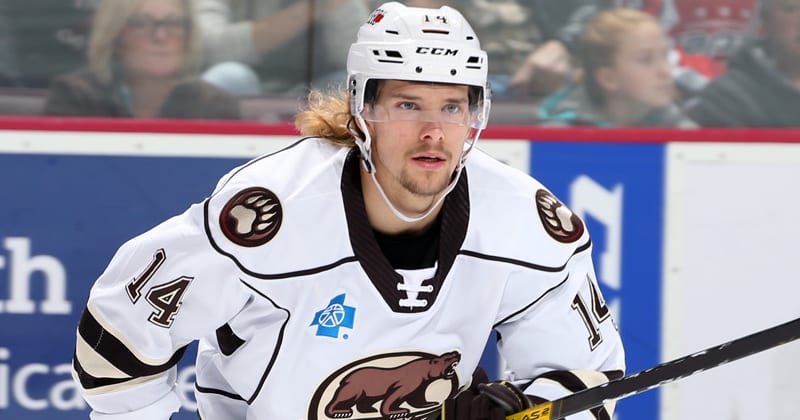 The Washington Capitals have loaned left wing Axel Jonsson-Fjallby to Vastervik IK of the Swedish HockeyAllsvenskan League to begin the 2020-21 season, senior vice president and general manager Brian MacLellan announced today.  It is expected that the Capitals will recall Jonsson-Fjallby to North America upon the  commencement of the Capitals’ 2020-21 training camp.

During the 2018-19 season, the Stockholm, Sweden, native recorded three points (two goals, one assist) before he was loaned to Djurgardens IF in the Swedish Hockey League, where he would record 10 points (one goal, nine assists) in 36 games. Jonsson-Fjallby added another 12 points (seven goals, five assists) in 19 playoff games with Djurgadens IF.

The Capitals selected Jonsson-Fjallby with their fifth-round pick, 147th overall, in the 2016 NHL Draft.