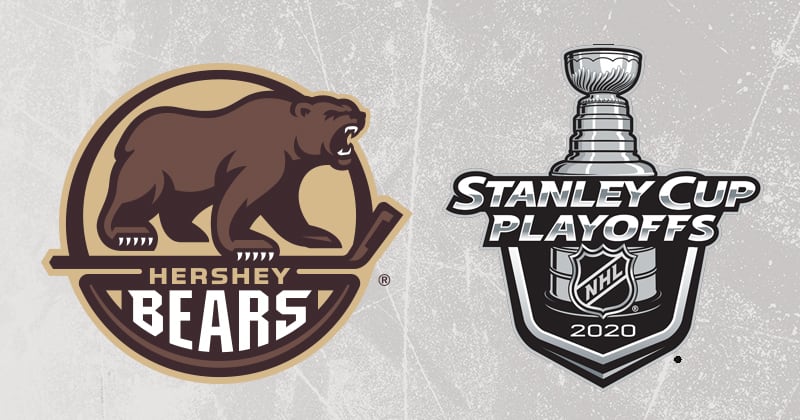 We're down to the final four clubs vying for the Stanley Cup, and it's no surprise the teams in the NHL's bubble setting in Edmonton have many ties to the Hershey Bears. The Dallas Stars and Vegas Golden Knights are squaring off in the Western Conference Final, while the New York Islanders and Tampa Bay Lightning are battling in the Eastern Conference Final.

Here are some former Hershey Bears, both on and off the ice, with a chance at claiming the Stanley Cup this year.

Paul McIntosh, Head Professional Scout
The defender played for the Bears for parts of three seasons from 1974-77 and appeared in 48 NHL games with Buffalo. He has worked in scouting for the Stars since 2000.

Todd Nelson, Assistant Coach
The blue liner played for the Bears in 1995-96, scoring 50 points (10 goals, 40 assists) in 70 games. He was most recently the head coach in Grand Rapids before joining the Stars in 2018.

Daryl Reaugh, Color Analyst
The colorful Reaugh was a one-game wonder with the Bears. The goaltender played 22 minutes in a contest during the 1992-93 season. The former Hartford Whaler has been a longtime fixture on Dallas TV broadcasts.

John Stevens, Assistant Coach
A strong defender, Stevens played parts of five seasons with the Bears, with his most notable years coming from 1986-1990. The AHL Hall of Famer has enjoyed a long coaching career, and joined the Stars this season after recently serving as the head coach of the LA Kings.

Ryan Craig, Assistant Coach
The forward played his rookie season with the Bears in 2003-04, scoring 12 points in 61 games. He enjoyed a long pro career, including serving as the captain of the Lake Erie team that bested the Bears to win the Calder Cup in 2016. Craig is in his third season behind the Vegas bench.

Deryk Engelland, Defenseman
Early in his career, Engelland caught scout's eyes with two strong years in Hershey from 2005-07. The defender posted 10 points and 95 penalty minutes with the Bears in 2006-07. Engelland is in his third season with Vegas but has seen his playing time diminish this season.

Kent Hawley, Scout
The center started his pro career with Hershey, playing for the Bears for three seasons from 1988-1991. He served as a scout with Edmonton before joining Vegas in 2016.

Ryan McGill, Assistant Coach
The defender didn't play long in Hershey, skating in 17 games in 1991-92 and appearing in four more games the next season. He moved into coaching in 1996, and has been with Vegas since 2017.

Nate Schmidt, Defenseman
A fan favorite, Schmidt turned pro with the Bears after signing with Washington as a free agent out of the University of Minnesota. The St. Cloud, Minnesota native played 65 games for Hershey over three seasons. He was taken by Vegas in the Expansion Draft in 2017.

Chandler Stephenson, Forward
The most recent former Bear still in action in the playoffs, Stephenson was dealt by Washington to Vegas earlier this year. The speedy forward joined the Bears in 2014, appearing in parts of five seasons with the Bears, including helping the team to the 2016 Calder Cup Finals.

Johnny Boychuk, Defenseman
Injuries have caused Boychuk to be on the outside looking in, but the longtime NHL defender is a former Bear. He wore the Chocolate and White in his rookie season in 2004-05, skating in 80 games and recording 15 points.

Semyon Varlamov, Goalie
"Varly" played 33 games over parts of three seasons with the Bears from 2008-11 while making a name for himself in Washington. He's in his first year with the Islanders after a long tenure with Colorado.

Mathieu Darche, Director of Hockey Operations
After claiming a Calder Cup with Milwaukee the year prior, the winger enjoyed one productive season with the Bears, skating with the club in 2004-05, tallying 29 goals. He played 250 games in the NHL before moving into management.

Josh Famularo, Equipment Transfer
Known as Josh 2, Famularo was an Assistant Equipment Manager with the Bears, working alongside Josh Carter during the 2016-17 season. He also gained experience with Youngstown (USHL) and Orlando (ECHL) before joining Tampa Bay this season.

Jay Feaster, Vice President of Community Hockey Development
The former Calder Cup winning General Manager of the Bears, Feaster built a Stanley Cup winning Tampa Bay team in 2004. The Harrisburg native was GM of the Lightning from 2002-08 and the Calgary Flames from 2010-13. He has held his current title with the Lightning since 2014.

Dave Mishkin, Radio Play-by-Play Broadcaster
Like Feaster, Mishkin moved from the Bears to the Lightning, joining Tampa Bay in 2002. He called the Lightning's 2004 Stanley Cup win, and is still providing his emphatic calls to this day.

Did we forget anyone? Is there someone in the front office or on the ice that we omitted? Please let us know by tweeting @TheHersheyBears.