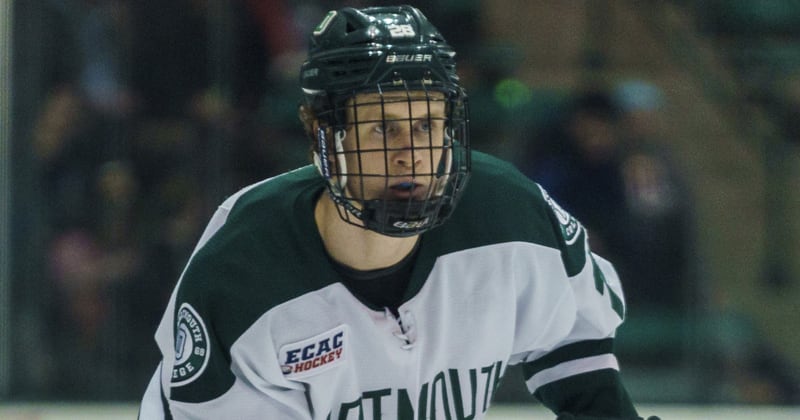 The Hershey Bears announced today that the club has signed defenseman Will Graber to an American Hockey League contract for the 2020-21 season.

Graber, 24, joins the Chocolate and White from Dartmouth College. In his senior year in 2019-20, the Colorado native finished second on the team in points (27) and goals (11), while ranking third in assists (16). A versatile player, Graber played both forward and defense for the Big Green, tying for the team lead in game-winning goals (3), while also ranking third on the club in blocked shots with 44.

Over his four seasons at Dartmouth, Graber had 97 points (35 goals, 62 assists) in 123 games. The 6-foot-5, 190-pound skater was selected to the 2017-18 All-Ivy League Second Team after a 26-point campaign that year. He collected 25 or more points for the Big Green in three consecutive seasons.

Prior to his time at Dartmouth, Graber played junior hockey with the Brookings Blizzard of the North American Hockey League (NAHL), as well as the Sioux Falls Stampede, Muskegon Lumberjacks, and Fargo Force of the United States Hockey League (USHL). In 134 USHL games, Graber collected 41 points (13 goals, 28 assists). In Sioux Falls, he was teammates with defenseman Tyler Nanne, who the Bears signed to an AHL contract on Monday.