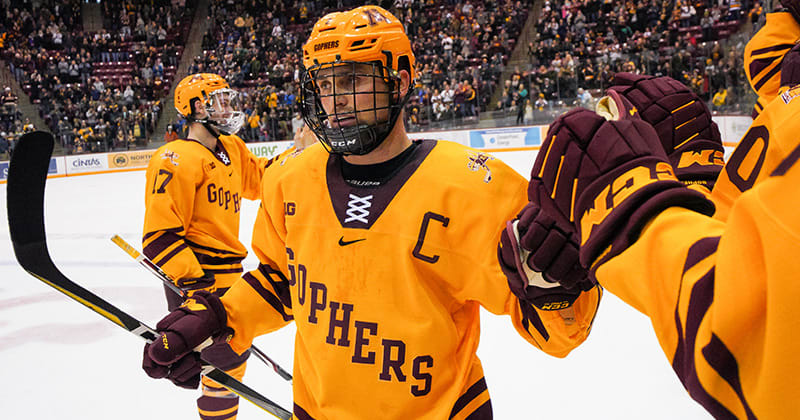 The Hershey Bears announced today that the club has signed defenseman Tyler Nanne to an American Hockey League contract for the 2020-21 season.

Nanne, 24, completed his collegiate career at the University of Minnesota, serving as the captain of the Gophers in 2019-20 during his senior year. The native of Edina, Minnesota posted career-bests with 14 points (four goals, 10 assists) in 35 games this past season. He led the club with 68 blocked shots, and finished with a +7 rating. He was named the recipient of Minnesota's Elwin "Doc" Romnes Leadership & Sportsmanship Award. In three years at the University of Minnesota, Nanne played in 110 games, tallying 37 points (13 goals, 24 assists).

Nanne was the first third-generation Gopher in program history. His father, Marty, played for the Gophers, and his grandfather, Lou, is a former Gopher All-American, as well as a former player, coach, and general manager of the Minnesota North Stars. Additionally, Tyler Nanne is the cousin of Gophers alum Vinni Lettieri, who currently plays for the AHL's Hartford Wolf Pack.

Nanne was selected in the 5th Round, 142nd overall, in the 2014 NHL Draft by the New York Rangers. Prior to his time with Minnesota, the 5-foot-11, 185-pound defender played USHL games with the Lincoln Stars, Sioux Falls Stampede, and Madison Capitols. He won a pair of Class AA Minnesota State Championships with Edina High School in 2013 and 2014, serving as team captain of the Hornets.