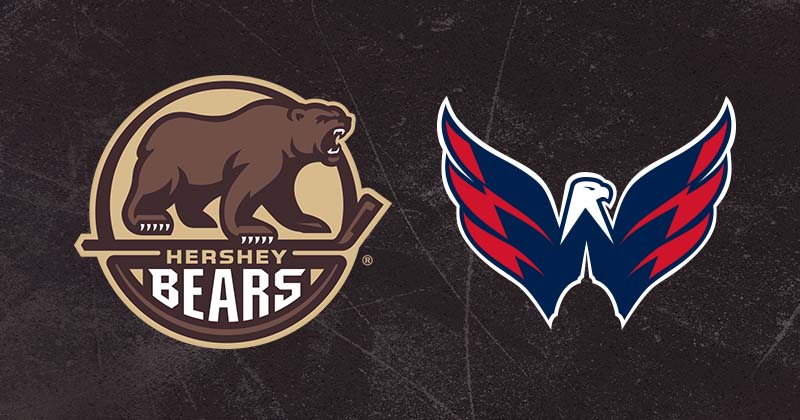 "The Hershey Bears are thrilled to continue our partnership with one of the NHL's elite franchises," said Helmer. "Together, the Hershey Bears and Washington Capitals have established a winning culture that goes hand-in-hand with organizational development at both the AHL and NHL levels. The Bears and Capitals have experienced success and championships during this long-standing affiliation, and we look forward to continuing this partnership for years to come."

The Bears and Capitals have been affiliated since 2005, with the Chocolate and White skating in its 15th season as Washington’s AHL affiliate during the 2019-20 campaign. Hershey has qualified for the playoffs 12 times during that tenure, and were on their way to a 13th appearance prior to the cancellation of the 2019-20 season. As Washington’s affiliate, Hershey has won three Calder Cups, starting the partnership with a championship in 2006, and winning back-to-back titles in 2009 and 2010.  Since the two clubs affiliated in 2005, Hershey has reached the Calder Cup Finals in five of the 15 seasons, most recently in 2015-16. No AHL franchise has reached the finals more times in that span.

“We have enjoyed our long-lasting partnership with the Hershey Bears and are excited to extend our affiliation,” MacLellan said. “Hershey has a tremendous history within the American Hockey League. They are well-run and a first-class organization. We believe the franchise’s winning culture provides our prospects with the best opportunity to develop.”

The Bears, the AHL's oldest and most decorated franchise, earned one of the league’s top attendance marks, averaging 8,753 fans per game at Giant Center during the abbreviated 2019-20 season. The club has led the AHL in overall attendance in 12 of the past 14 seasons. Giant Center seats 10,500 for hockey and is located less than 140 miles from Capital One Arena.

The Capitals and Bears were previously affiliated for seven seasons from 1977 to 1984, including the Bears’ 1980 Calder Cup championship.