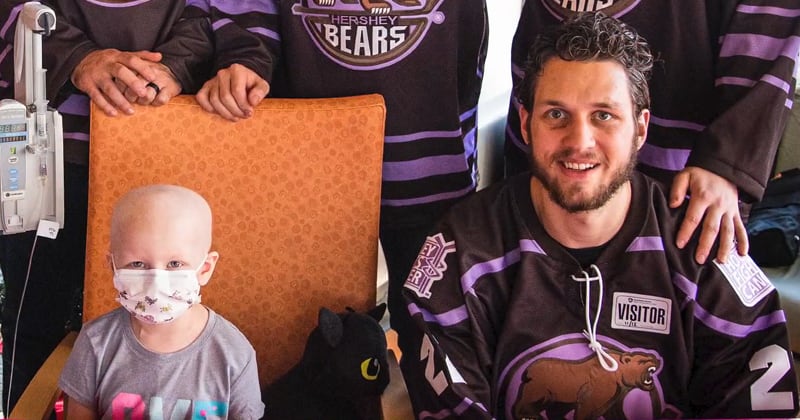 The Hershey Bears are proud to announce that Kale Kessy has been named the team’s winner of the IOA/American Specialty AHL Man of the Year award for his outstanding contributions to the Hershey community during the 2019-20 season.

Kessy helped lead the club’s Hershey Bears Cares initiative, which showcases the philanthropic activities and volunteer efforts of Bears players and staff members throughout the community. Always the first to volunteer his time, Kessy participated in more than 20 events during the 2019-20 season. During that time, Kessy brought smiles to sick children, delivered food to those in need during the holiday season, met with members of the military, helped lead the team’s Roaring to Read program, and participated in team specialty nights to fight cancer and raise funds for charitable causes.

The Hershey Bears, the AHL's oldest and most decorated team, have a passionate fan base. Kessy’s play and toughness on the ice quickly made him a fan favorite, but his vast community appearances this year have made him a well-known presence in the Central Pennsylvania region. This year, Kessy made public appearances signing autographs and meeting fans on numerous occasions, including participating in the wildly popular team events at Dave & Buster's.

Kessy is now one of 31 finalists for the AHL’s 2019-20 Yanick Dupre Memorial Award, honoring the overall IOA/American Specialty AHL Man of the Year. The league award is named after the former Hershey Bears forward and AHL All-Star who died in 1997 following a 16-month battle with leukemia. The winner of the Yanick Dupre Memorial Award will be announced by the American Hockey League at a later date.