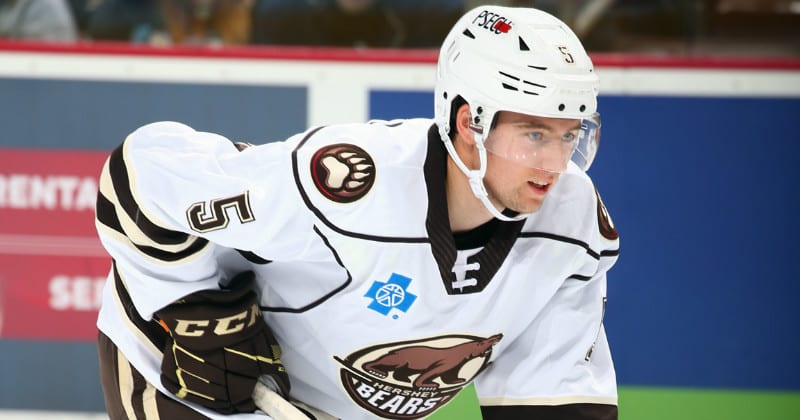 The American Hockey League announced today that Hershey Bears defenseman Christian Djoos has been selected as the CCM/AHL Player of the Week for the period ending Feb. 9, 2020. In recognition of being named the CCM/AHL Player of the Week, Djoos will be presented with an etched crystal award prior to an upcoming Bears home game.
Djoos, 25, registered seven points in three games for Hershey last weekend, including a game-winning goal to go along with six assists, as the Bears moved into 1st Place in the Atlantic Division standings.

On Friday night at Wilkes-Barre/Scranton, Djoos earned an assist on Matt Moulson's opening goal to give Hershey a 3-0 win over the rival Penguins. On Saturday, he scored the decisive goal early in the second period and added two assists as the Bears recorded a 5-2 victory over Springfield. Djoos' goal came on the power play, his first power play marker since Feb. 26, 2017 at Bridgeport. The Gothenburg, Sweden native finished the weekend on Sunday afternoon by matching a career high with three assists in Hershey’s 5-2 win at Lehigh Valley.