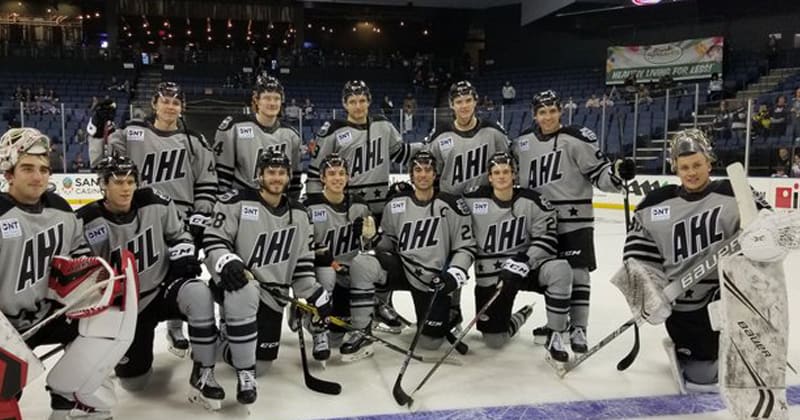 Hershey Bears netminder Vitek Vanecek earned Most Valuable Player honors, as he and teammate Matt Moulson helped lead the Atlantic Division to a championship at the 2020 AHL All-Star Challenge on Monday evening in Ontario, California at the Toyota Arena.

Vanecek allowed just two goals over the four games for the Atlantic Division in the round-robin tournament among the league’s four divisions played at 3-on-3. The netminder made several dazzling saves, including a diving save just prior to the buzzer to preserve a 3-2 win over the hometown Pacific Division earlier in the event.

This was Vanecek's second consecutive AHL All-Star Classic appearance. The native of Havlickuv Brod, Czech Republic was Hershey's lone representative at the 2019 AHL All-Star Classic in Springfield, Massachusetts. The goaltender stood tall in the 3-on-3 All-Star Challenge, recording the best statistics of any netminder, stopping 18 of 20 shots in last year's event.

Vanecek is in his fourth season with Hershey, going 13-8-1-1 this season in 23 games, recording a 2.45 goals against average, good for 7th in the league.

This was Moulson's first All-Star appearance. The veteran skated in his 1,000th professional game last Friday at Springfield. He leads Hershey with 15 goals this season, collecting 30 points in 46 games.