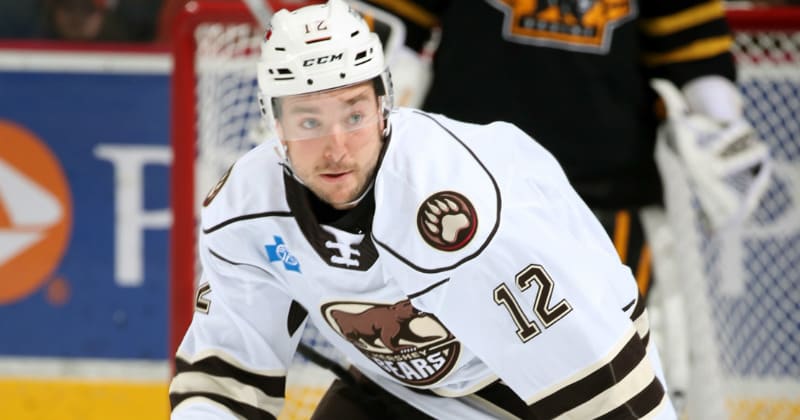 The Hershey Bears announced today that forward Matt Weis has been re-assigned to the club's ECHL affiliate, the South Carolina Stingrays.

Weis, 24, appeared in two games with Hershey during his recall, making his debut with the club on Nov. 27 versus Providence. He returns to the Stingrays where he has posted 11 points (three goals, eight assists) in 13 games.

The Bears return to action on Friday at Lehigh Valley. The puck drops at 7:05 p.m. from the PPL Center and the game may be heard on the Bears Radio Network or watched for free via Facebook Watch