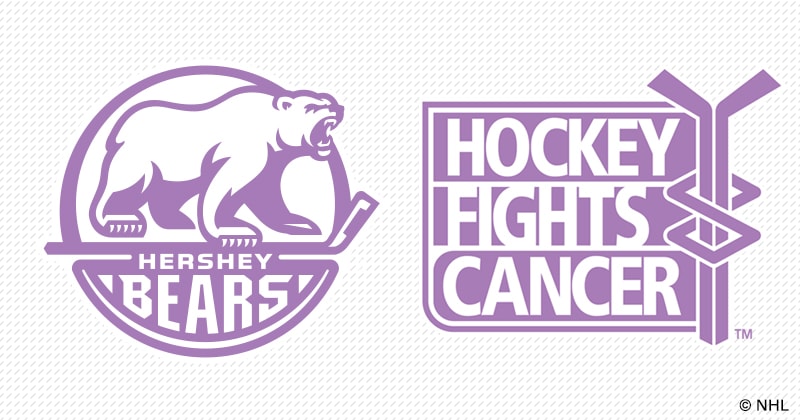 Tonight, the Hershey Bears complete a back-to-back stretch against the Charlotte Checkers at Giant Center on Hockey Fights Cancer Night. The Bears are 17-11-0-1 all-time in the regular season versus Charlotte dating back to the 2010-11 season.


LAST TIME OUT:
The Bears and Checkers played the first half of a two-game set last night as Charlotte earned a 3-0 win at Giant Center. With the loss for Hershey., the Bears home win streak was snapped a three games, and the clubs six-game point streak ended. Steven Lorenz had the winning goal at 5:48 of the second period on the power play. Charlotte goaltender Alex Nedeljkovic stopped all 36 shots, while Hershey’s Pheonix Copley was sharp with 25 saves in the losing effort. Charlotte was 1-for-4 on the power play while the Bears were 0-for-5.

BLANKED BACK-TO-BACK:
With a 3-0 shutout loss last night, the Bears have now been blanked in consecutive games. This marks the first time that Hershey has been held scoreless in two straight games since Mar. 10-11, 2018. In the first of those two contests, MacKenzie Blackwood denied all 18 Hershey shots in a 3-0 win for the Binghamton Devils on home ice. The next evening, Tom McCollum stopped all 21 shots from the Bears to give the Grand Rapids Griffins a 3-0 win at Giant Center.

150 FOR BURGY:
Tonight will mark defenseman Erik Burgdoerfer’s 150th game as a member of the Chocolate and White. The alternate captain has collected 30 points (eight goals, 22 assists) in his previous 149 games with the club from 2014-16, and 2019-present. Burgdoerfer has scored three points (one goal, two assists) this season and overall has appeared in 334 AHL games with Oklahoma City, Hershey, Rochester, and Belleville.