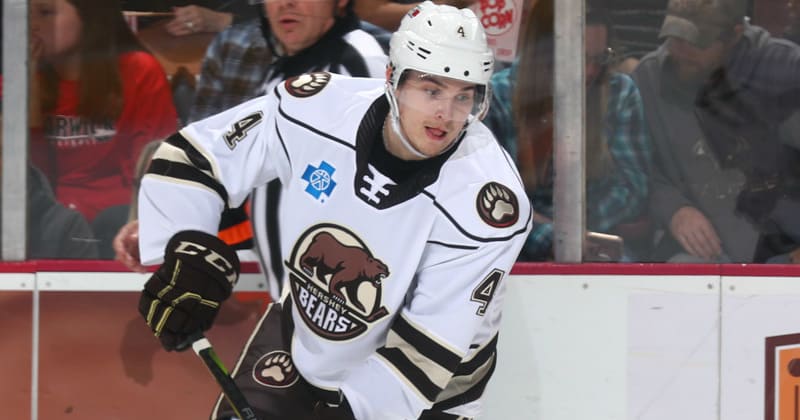 The Hershey Bears announced today that defenseman Kristofers Bindulis has been re-assigned to the ECHL's South Carolina Stingrays by the Washington Capitals. Additionally, the Bears have assigned forward Matt Weis to South Carolina.

Bindulis, 24, has appeared in 16 games with Hershey over the past two seasons. He was limited to just four games in 2018-19 due to an upper-body injury sustained last December. A native of Riga, Latvia, Bindulis skated in 34 games with South Carolina in 2017-18, striking for 15 points (four goals, 11 assists).

Additionally, forward Travis Boyd has joined the Bears after clearing waivers yesterday. He will wear #15 while forward Joe Snively will switch to #21.

The Bears return to action on Saturday night as they visit the Lehigh Valley Phantoms at the PPL Center. The game may be heard on the Bears Radio Network. On Sunday, the Bears return to Giant Center to host the Wilkes-Barre/Scranton Penguins at 5 p.m. It's Advance Auto Parts Car Magnet Night for the first 5,000 fans. Tickets are on sale now at the Giant Center Box Office, or online via Ticketmaster.