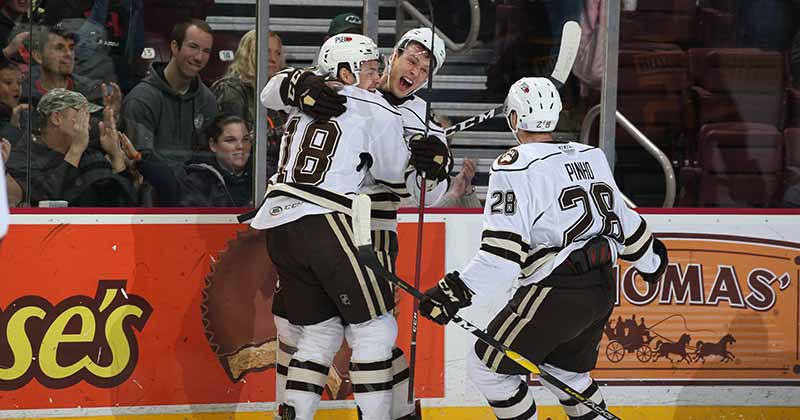 The Hershey Bears are set to open their 82nd season in the American Hockey League tomorrow night.

The Chocolate and White open the new campaign at the Giant Center versus the Wilkes-Barre/Scranton Penguins at 7 p.m. on Saturday. Tickets are available at the Giant Center Box Office or online via Ticketmaster.  It's PNC Bank Magnet Schedule night for the first 8,000 fans.

The Bears are also in action at the Giant Center at 5 p.m. on Sunday versus the Providence Bruins. It's Hersheypark Pass Night as all fans will receive a one-day pass to Hersheypark valid through Jul. 31, 2020. Further information may be found at HersheyBears.com.