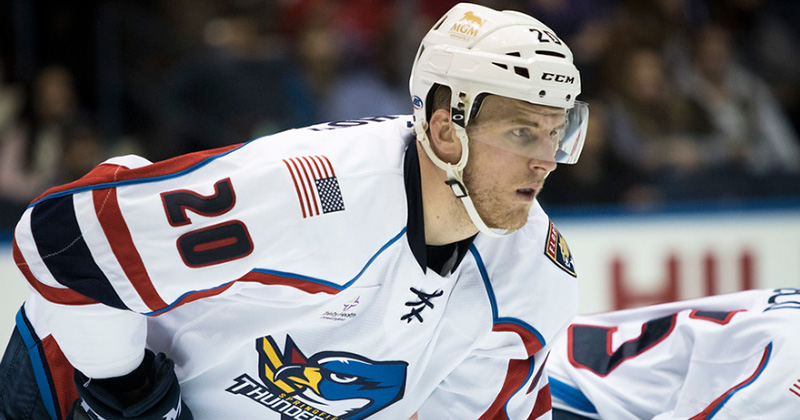 The Hershey Bears announced today that the club has signed defenseman Ed Wittchow to an American Hockey League contract for the 2019-20 season.

Wittchow, 26, returns to North America after playing the 2018-19 season with KooKoo Kouvola in Finland. Wittchow was drafted in the 6th round, 154 overall by the Florida Panthers in the 2011 NHL Draft. The rugged, 6-4 defenseman spent parts of two season with the Springfield Thunderbirds from 2016-2018 and posted 19 points (seven goals, 12 assists) and 138 penalty minutes in 97 games. The Burnsville, Minnesota native spent four seasons playing collegiate at the University of Wisconsin, and served as the Badgers captain for the 2015-16 campaign. Wittchow played one USHL season in 2011-12 with the Waterloo Blackhawks, and was named to the USHL All-Rookie Team after tallying 18 points (five goals, 13 assists) in 60 games.

The Hershey Bears will open their 82nd season at home against the Wilkes-Barre/Scranton Penguins on Saturday, October 5. Individual game tickets, as well as the 2019-20 promotional schedule will become available later this summer.