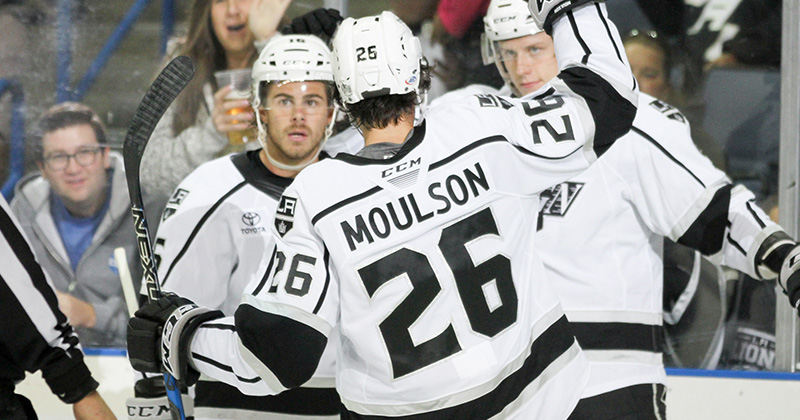 The Hershey Bears announced today that the club has signed forward Matt Moulson to a one-year American Hockey League contract for the 2019-20 season. The announcement was made by Hershey Vice President of Hockey Operations, Bryan Helmer.

Moulson, 35, brings nearly 1,000 professional games to the organization after appearing in 650 games in the NHL and 305 in the AHL. The North York, Ontario native was loaned from the Buffalo Sabres to the Ontario Reign for the 2017-18 and 2018-19 seasons. With the Reign, Moulson served as an alternate captain and potted 108 points (46 goals, 62 assists) in 117 games.

In the NHL, Moulson tallied three consecutive 30-goal seasons with the New York Islanders from 2009-2012 and later served as an alternate captain for the Buffalo Sabres in 2014-15. Moulson's first season in professional hockey saw him skate in 77 games with the AHL's Manchester Monarchs and lead the team in goals (25) and tied for the lead in points (57). Moulson appeared in 16 games in the 2007 Calder Cup Playoffs before being eliminated in the Eastern Conference Finals by the Hershey Bears in a four game sweep.

Prior to turning pro, the 9th round, 263rd overall pick by the Pittsburgh Penguins in the 2003 NHL Draft represented Cornell University for four seasons in the ECAC. Moulson completed his collegiate career in 2006 after totaling 138 points (71 goals, 67 assists) in 134 NCAA games.