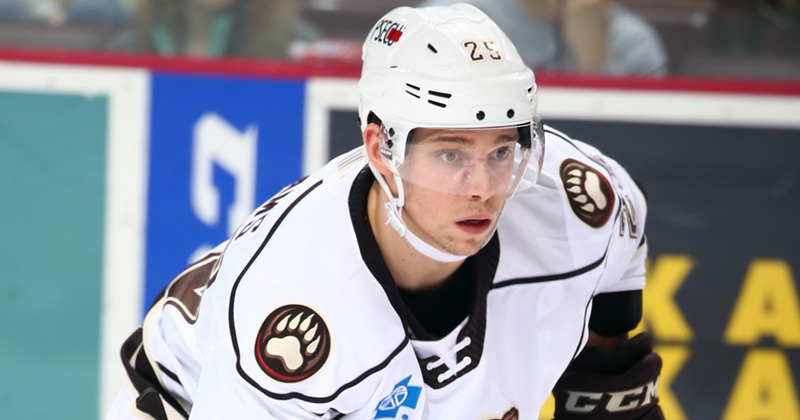 The Washington Capitals announced today the club has re-signed defenseman Colby Williams to a one-year, two-way contract. The announcement was made by Washington senior vice president and general manager Brian MacLellan.

Williams, 24, skated in 36 games with the Bears last season, recording 10 assists. Williams has been a mainstay on Hershey's blue line for the past three seasons, appearing in 165 career AHL games with the Chocolate and White, posting 43 points (seven goals, 36 assists). Williams was named Hershey's rookie of the year in the 2016-17 campaign after collecting 16 points in 60 games.

The Regina, Saskatchewan native played for his hometown Regina Pats in the Western Hockey League for parts of six seasons from 2010-16 and registered 104 points (25 goals, 79 assists) in 211 career games,  and served as captain of the club during the 2015-16 season.

Williams was drafted by the Capitals in the sixth round, 173rd overall, in the 2015 NHL Draft.