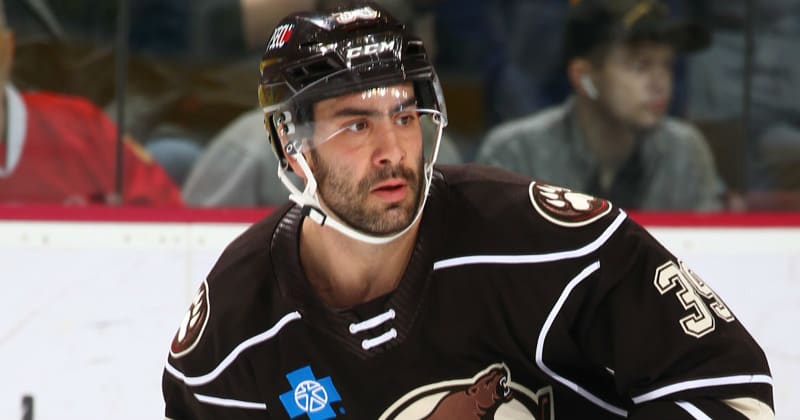 The Hershey Bears announced today that the club has signed forward Chris McCarthy to a one-year, American Hockey League contract for the 2019-20 season.

McCarthy, 27, joined Hershey on a professional tryout agreement on Apr. 10. He had four points (one goal, three assists) in two regular season games for Hershey, including a three-point contest in the regular season finale on Apr. 14 versus Hartford. He skated in all nine of Hershey's playoff games, scoring two goals for the Chocolate and White.

Prior to joining the Bears, McCarthy led the ECHL's Reading Royals with 74 points (20 goals, 54 assists) in 72 games last season. The Collegeville, Pennsylvania native finished third in the ECHL in scoring as he registered the best season of his professional career. He was named to the All-ECHL Second Team, and tied for second in the AHL in assists.The 6-foot-1, 207-pound forward has spent the last three years with Reading, and in four ECHL seasons with the Royals and Greenville Road Warriors, has scored 219 points (76 goals, 143 assists).

In addition to Hershey, McCarthy has AHL experience with the Hartford Wolf Pack and Lehigh Valley Phantoms. He spent the 2015-16 season with Hartford, scoring 22 points (six goals, 16 assists) in his rookie campaign. He also played in 17 games with the Phantoms in 2016-17, and in one game with Lehigh Valley in 2017-18. In 87 career AHL games, the former University of Vermont captain has scored 31 points (10 goals, 21 assists).