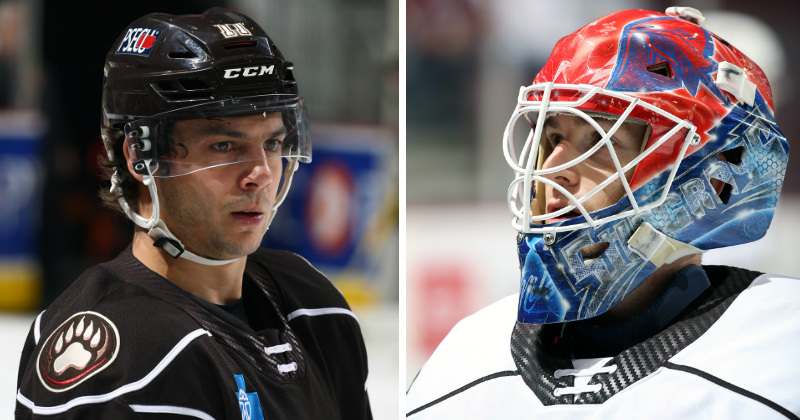 The Hershey Bears announced today that the club has re-signed forward Steve Whitney and goaltender Parker Milner to one-year, American Hockey League contracts for the 2019-20 season.

Whitney, 28, skated in 60 games for the Chocolate and White in 2018-19, scoring 16 points (nine goals, seven assists). Three of Whitney's goals were game-winning tallies, and one marker came on the power play. The native of Reading, Massachusetts also added three points (one goal, two assists) in nine playoff games with the Bears, including scoring in Hershey's series-clinching Game 5 victory in the opening round of the playoffs at Bridgeport.

The winger has skated in 133 career AHL games with Norfolk and Hershey, notching 43 points (22 goals, 21 assists). He spent the 2017-18 campaign with Hershey's ECHL affiliate, the South Carolina Stingrays, finishing second on the team with 54 points (18 goals, 36 assists) in 59 games. He's played in 150 career ECHL games with Florida, Norfolk, and South Carolina, scoring 125 points (49 goals, 76 assists). A former standout at Boston College, Whitney won the National Championship with the Eagles in 2010 and 2012, and was named the recipient of the Walter Brown Award his senior year, an honor given to the top American-born college hockey player.

Like Whitney, Milner is a Boston College product, and helped the Eagles to National Championships in 2010 and 2012. He was the MVP of the 2012 NCAA Tournament and a member of the All-Tournament Team.