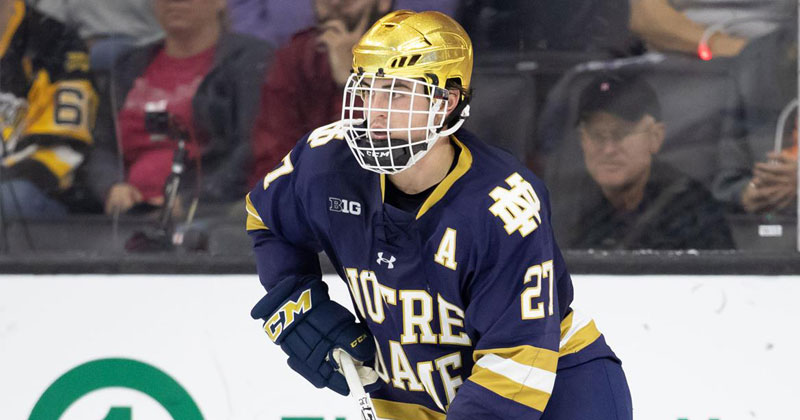 The Hershey Bears announced today that the club has signed defenseman Bobby Nardella to an amateur tryout agreement.

Last Friday, Nardella, 22, signed a two-year, entry-level contract with the Washington Capitals that starts in the 2019-20 season. This past season as a senior at the University of Notre Dame, Nardella posted 34 points (eight goals, 26 assists) in 38 games with the Fighting Irish. A native of Rosemont, Illinois, Nardella led Notre Dame in assists and points, and was a Hobey Baker Award nominee and named to the B1G First All-Star Team.

The 5-foot-9, 174-pound defender helped Notre Dame to a B1G Championship in each of the past two seasons, scoring 103 points (24 goals, 79 assists) in 147 career NCAA games. He was previously named to the Hockey East All-Rookie Team in 2015-16, and that same season was named Notre Dame's Rookie of the Year. Prior to Notre Dame, Nardella played in 108 games in the USHL between the Sioux City Musketeers and the Tri-City Storm, recording 55 points (11 goals, 44 assists) in two seasons. During the 2014-15 season, Nardella, as a member of Tri-City, ranked third among USHL defensemen in points (10 goals, 32 assists) and was named to the 2014-15 All-USHL Second Team.

Nardella is the son of Bob Nardella, an assistant coach with the AHL's Chicago Wolves, who during his playing career skated in 100 AHL games with the Wolves, and represented Italy at the 1998 and 2006 Olympic Games.