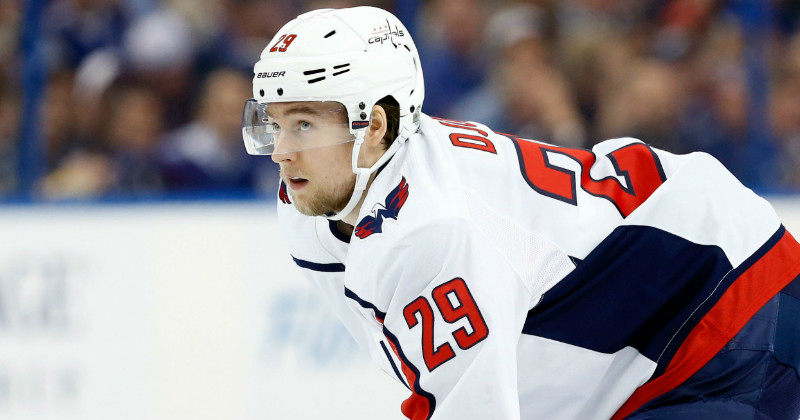 The Washington Capitals announced today that defenseman Christian Djoos has been assigned to the Hershey Bears on a long-term injury conditioning assignment. The announcement was made by Washington senior vice president and general manager Brian MacLellan. Djoos has joined the Bears ahead of today's game and will wear #29.

Djoos, 24, has skated in 28 games with the Capitals this season, posting four assists. He has not played since sustaining an injury on Dec. 11. Djoos had 14 points in 63 games last year with the Capitals, and also appeared in 22 playoff games, helping the Capitals to a Stanley Cup title.

The native of Gothenburg, Sweden played two seasons with the Bears from 2015-17, including a 58-point campaign in 2016-17 in which Djoos finished third in the AHL in scoring among defenders. That year he won the club's Dan Sernoffsky Most Improved Player Award and the Milton Garland Memorial Award for Best Defenseman. In total, Djoos has scored 81 points (21 goals, 60 assists) in 129 AHL games with Hershey.

The Bears host the Belleville Senators at 2 p.m. today. Ticket information is available at HersheyBears.com.